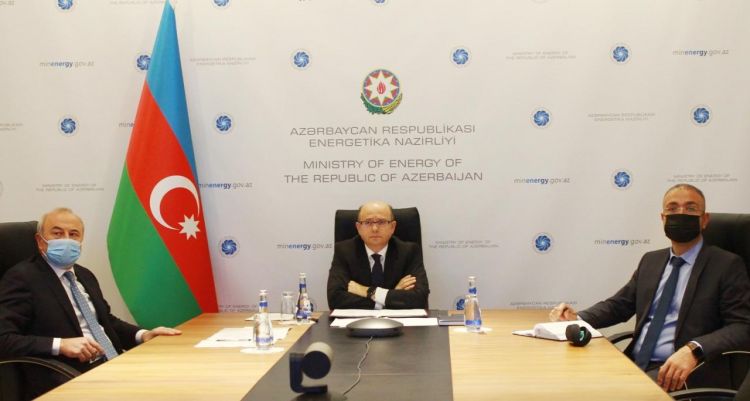 Negotiations between the Azerbaijan's Energy Ministry, the United Arab Emirates’ Masdar company and Saudi Arabia’s ACWA Power company on the project documentation in the field of use of renewable energy sources are in the final stage and will be completed in the near future, Azernews reports.

This was stated at the fourth meeting of the commission “on the implementation of pilot projects in the field of use of renewable energy sources” held on November 26.

During the videoconference meeting, the implementation progress of pilot projects since the third meeting of the commission and the approval of the final draft agreements to be signed with ACWA Power were reviewed.

Azerbaijan Energy Minister Parviz Shahbazov briefed the participants of the work done jointly with relevant organizations to allocate land areas for the implementation of the wind and solar power projects, connect to the network and integrate in the energy system and determine the mechanism of issuing public guarantees.

It was noted that six agreements to be signed with ACWA Power- the investment agreement, the power purchase and sale agreement, the transmission network connection agreement, the land lease agreement, the independent engineering agreement and the direct agreement had been drafted. In addition, it was stated that in the second stage the feedbacks and suggestions from the relevant organizations had been received, improved and agreed with the investors.