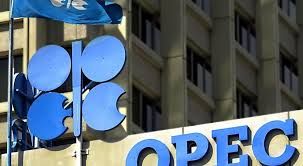 Azerbaijan fulfilled its obligations under OPEC+ agreement in December by maintaining its production of crude oil at 587,000 barrels, Eurasia Diary reports citing Energy Ministry of Azerbaijan.

Out of the total daily oil production, crude oil amounted to 587,000 barrels and condensate to 101,800 barrels.

According to the Declaration of Cooperation, Azerbaijan, which produced 718,000 barrels oil per day in October 2018, should maintain the daily crude oil production at 587,000 barrels during the period of August-December, reducing by 131,000 barrels per day.

In April 2020, OPEC and non-OPEC countries entered into an agreement on the reduction of daily oil production by 9.7 million barrels in May-June and 164,000 barrels for Azerbaijan.

On July 31, the first phase of the OPEC+ agreement of April 12 to reduce daily oil production by 9.7 million barrels was completed.

In the second phase of the agreement, covering the period from August 1 to December 31, the daily production of crude oil in OPEC+ countries will be reduced by 7.7 million barrels, which is 18 percent less than in October 2018.

At the 12th Ministerial Meeting of OPEC and non-OPEC countries, it was decided to reduce the daily production of crude oil by 7.2 million barrels in January 2021 and to regulate the increase in daily production provided, that it does not exceed 0.5 million barrels, through monthly OPEC+ Ministerial Meetings. Azerbaijan’s commitment, according to the new “Declaration on Cooperation”, will be 123,000 barrels in January 2021. Thus, in January, Azerbaijan must increase daily oil production by 8,000 barrels and keep production at the level of 595,000 barrels.

Additionally, at the 13th Ministerial Meeting of the OPEC+ countries on January 5, it was decided to continue the existing quotas on daily crude oil production in February-March. Thus, Azerbaijan has the same commitments as in January for February-March.