Turkey's manufacturing PMI down in February 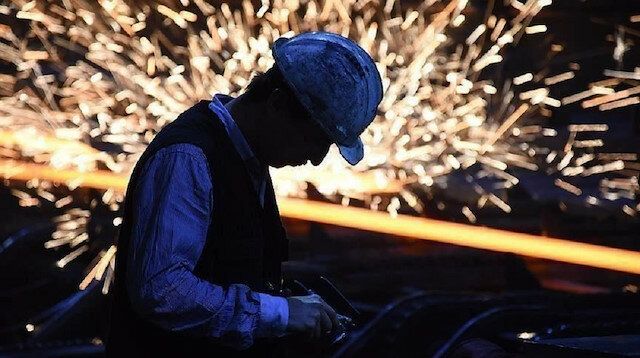 Turkey’s Purchasing Managers' Index (PMI) for the manufacturing sector dropped to 51.7 in February, a monthly business survey revealed on Monday.
The PMI decreased by 2.7 points from 54.4 in January, according to the report by the Istanbul Chamber of Industry, prepared in collaboration with London-based global data firm IHS Markit.
"Although a pause in new order growth was signaled, firms continued to expand production and workforce numbers," the report said.
It noted that increasing the value of the Turkish lira relieved the inflation rate on input and output costs.
The manufacturing PMI is a composite single-figure indicator, and any figure greater than 50 indicates an overall improvement of the sector, the report underlined.
"The headline PMI was above the 50.0 no-change mark for the ninth successive month in February, signaling a sustained improvement in business conditions," it added.
While the operating conditions improved amid the pandemic conditions, new export orders also increased in the second month running in February.
The report also touched on problems in supply chains by saying that there are difficulties in accessing raw materials and shipping containers.
"This, combined with a modest slowdown in purchasing activity, led stocks of purchases to moderate further," it added.
The COVID-19 pandemic measures, affecting several sectors, caused global problems in supply chains.
Andrew Harker, economics director at IHS Markit, said: "Although there were signs of softening new order inflows in February, the overall Turkey PMI remained in positive territory as firms shrugged off a pause in new order growth and continued to raise production and employment."