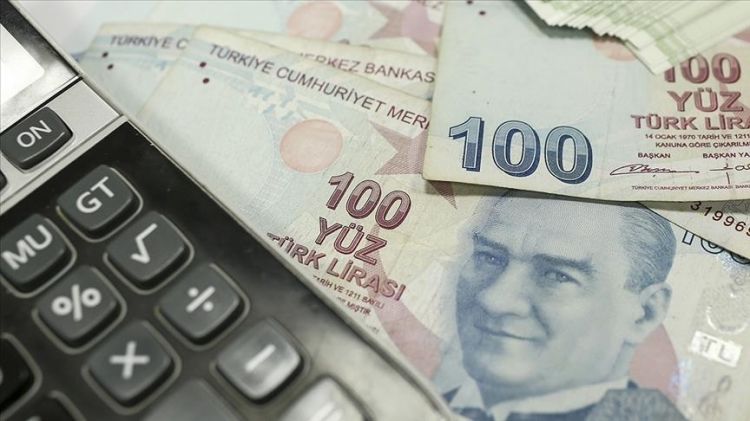 A panel of 21 economists polled by Anadolu Agency on Friday had projected that the Turkish economy would grow 2.2% in 2020.

In the last quarter of 2020, the economy posted an annual growth rate of 5.9%, TurkStat data showed. It also revealed that seasonally and calendar-adjusted GDP increased 1.7% compared to the previous quarter.

Turkey and China were the only countries that posted a positive growth rate among all G20 countries for which data are available, while the rest saw a shrinkage during the same period.

Performance in the last quarter pushed up cumulative GDP at current prices by 16.8% from the previous year.

The economy registered a growth of 6.3% in the third quarter of last year after a contraction of 10.3% in the second quarter as the coronavirus’ impact started to be felt in earnest. Turkey's GDP expanded 4.5% in the first quarter.

The US dollar/Turkish lira exchange rate was around 7 on average in 2020.

The value-added in 2020 rose 4.8% in the agricultural sector and 2% in the industry sector from a year earlier.

It fell 4.3% in the services sector -- wholesale and retail trade, transport, storage, accommodation, and food service activities --  and 3.5% in the construction sector, as the two were hit hard by the pandemic.

"The value-added increased by 21.4% in financial and insurance, 13.7% in the information and communication activities ..." Turkstat said.

Imports of goods and services increased 7.4% while exports decreased 15.4% compared to the previous year, it noted.

Commenting on the annual figures, Treasury and Finance Minister Lutfi Elvan pointed out that Turkey is one of the few countries to end 2020 with positive growth.

"Our policies fighting inflation will pave the way for more qualified and sustainable investment, production, and growth," he stated.