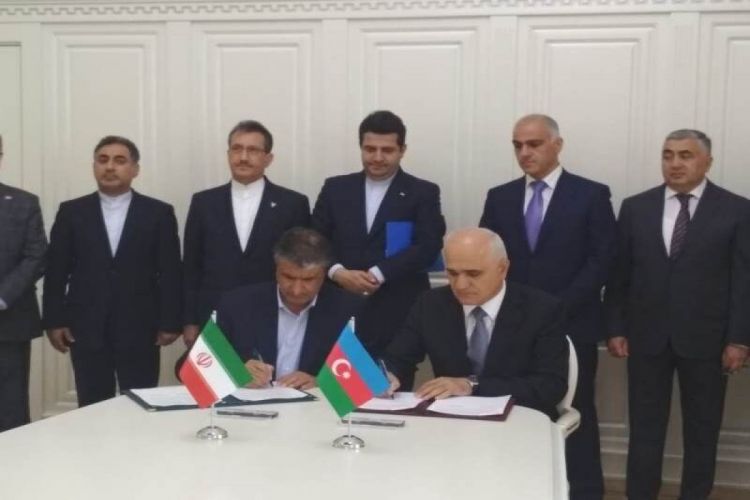 Iran's Minister of Roads and Urban Development Mohammad Eslami said here on Wednesday that during meeting with Azerbaijan’s economy minister a memorandum of understanding (MOU) on development of railway infrastructure was signed between the two countries, Eurasia Diary reports citing APA.
Eslami reiterated that the MoU also included the better implementation of the North-South and East-West corridors.

He further noted that during his one-day visit to Azerbaijan Republic he visited the railways and roads infrastructures at Astara, Nakhichevan and the freed territories.

The roads and urban development minister also said that Iran is trying to complete the extension of the Rasht-Astara Highway towards Baku upon inauguration of which the duration of the trip Astara-Baku trip will drop to only two hours from the current 6 hours.

Eslami added that he also inspected the existing railway in Nakhichevan region that is among the capacities of the North-South corridor and used to carry 7 million tons of cargo in Soviet Union era.