Mechanisms for delimitation and demarcation of Azerbaijani-Armenian borders to be created before the end of year
Read: 262 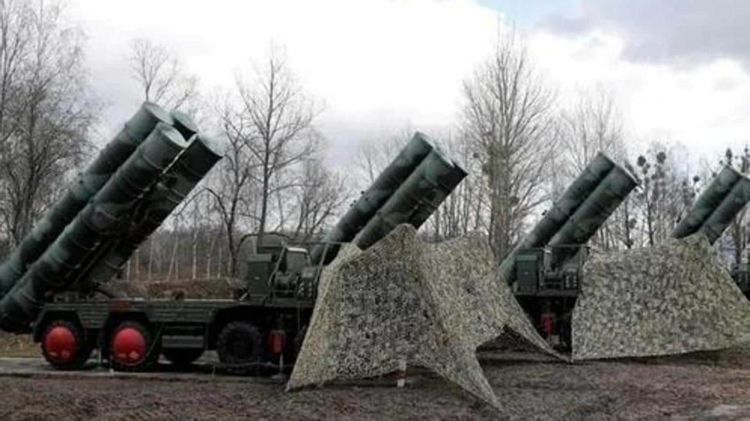 The implementation of a 2018 deal for Russia to supply India with S-400 air defence missile systems could put India at risk of sanctions by the United States.
Russia has started delivering the first of the S-400s to India, Russian news agencies reported on Sunday, citing Dmitry Shugayev, head of the Russian military cooperation agency who said the first S-400 unit will have arrived in India by the end of this year.
The $5.5bn deal was for five long-range surface-to-air missile systems, which India says it needs to counter a threat from China.
India could face a range of financial sanctions from the US under the Countering America’s Adversaries Through Sanctions Act (CAATSA), which names Russia as an adversary alongside North Korea and Iran for its actions against Ukraine, interference in the US 2016 elections and help to Syria.
New Delhi says it has a strategic partnership with both the US and Russia, while Washington has said it has yet to make a determination of whether it will give India a CAATSA waiver for the S-400s.
How likely are the sanctions?
Security analyst Ajai Shukla told Al Jazeera: “US sanctions on India under CAATSA are unlikely, given the close defence relations between Washington and New Delhi.
“Also, the Indian military does not use the most sensitive US military platforms, such as the F-35 joint strike fighter, whose security might be compromised by proximity to the S-400 batteries.”
“Most likely, therefore, is the grant of a waiver by the US to India. The US Congress has legislated such a waiver that can be granted by the US president.”
Last year the US imposed sanctions – citing CAATSA – on NATO ally Turkey for acquiring Russian S-400 missiles. The sanctions targeted the main Turkish defence procurement and development body, Presidency of Defence Industries.
Washington also removed Turkey from an F-35 stealth fighter jet program, the most advanced aircraft in the US arsenal, used by NATO members and other US allies.
Russia said it had offered Turkey its help in developing advanced fighter jets but no agreement has been reached so far.
“We are still at a stage of negotiations on this project,” RIA news agency quoted Shugayev as saying on Sunday.