A Turkish delegation visits the United States to conduct talks about the purchase of F-16 warplanes, the Turkish Defense Ministry said on Aug. 15. 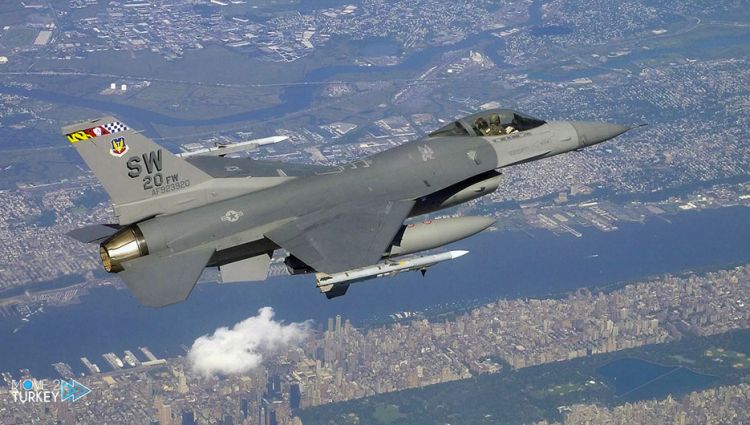 In a written statement, the ministry reminded that three meetings were held in Türkiye, in December 2021, in February and March 2022, within the scope of F-16 procurement and modernization from the U.S.
“In order to carry out the F-16 procurement and modernization as soon as possible, the technical delegation of the Defense Ministry went to the U.S. to hold talks upon the invitation of the U.S.,” said the statement.
Türkiye requested to buy 40 new F-16s and 79 modernization kits for its existing fleet after its participation in the F-35 project was ended due to Türkiye’s deployment of the S-400 air defense system from Russia.
Washington has expressed its positive stance toward the sale, Akar said, citing his talks with his counterpart, Lloyd Austin, and President Recep Tayyip Erdoğan’s latest meeting with U.S. President Joe Biden in late June in Madrid.
Although Washington seems positive, the U.S. Congress recently adopted a bill obliging the White House to prove that the procurement will be in the U.S.’ interest and that these warplanes won’t be used to violate Greek airspace.
The House of Representatives’ move came following the intense efforts by the Greek lobby and Athens, which is at odds with Ankara over the Aegean. Greek Prime Minister Kyriakos Mitsotakis, in a visit to Washington in the past months, called on U.S. congressmen not to approve the sale of F-16s to Türkiye.