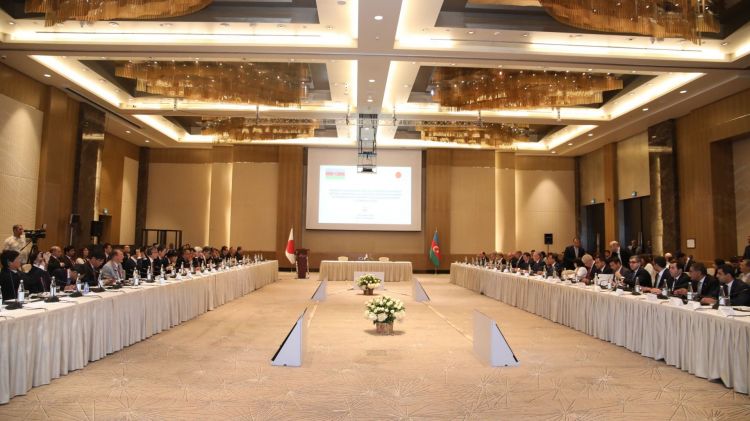 The 11th meeting of the State Commission on Economic Cooperation between Azerbaijan and Japan was held in Baku on September 5, Azernews reports.

The session was held with the participation of representatives of state agencies of both countries.

Attending the event, Azerbaijan’s Small and Medium Business Development Agency (SMBDA) Board Chairman Orkhan Mammadov briefed on the support and services provided by the agency to entrepreneurs.

He noted that SMBDA is ready to actively work on establishing practical cooperation with relevant institutions in Japan in the field of SMBs. The board chairman added that the focus would be on the development of business relations between the two countries.

“The agency has supported Japanese investors over the past period and is ready to help more companies from Japan to open businesses in Azerbaijan,” he said.

In 2021, Azerbaijan’s Energy Ministry and Japan’s TEPSCO company signed an agreement on the establishment of the green energy zone in the newly-liberated lands.