Finland would not allow burning of Quran: police - VIDEO
Read: 205

No more hopes: Macron turns to Russia to insure himself - Expert
Read: 166 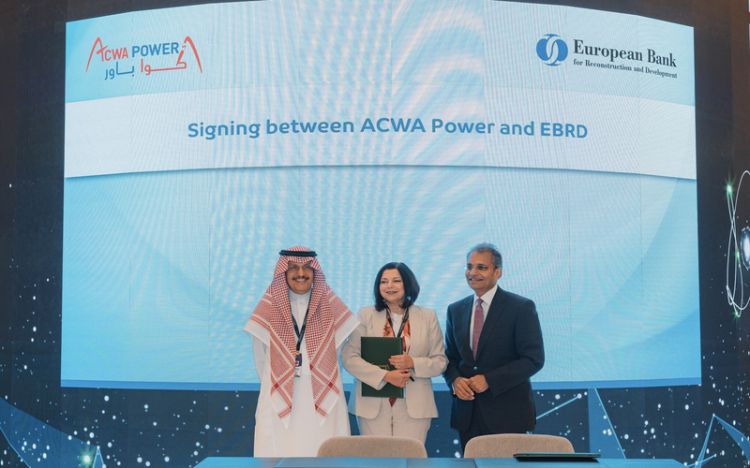 Saudi Arabia’s ACWA Power and the European Bank for Reconstruction and Development (EBRD) have signed a memorandum of understanding to finance sustainable infrastructure projects, Azernews reports.

The document envisages the continued cooperation of both organizations over the next five years and focuses on project development in renewable energy, green hydrogen, and green desalination across countries. The countries of focus include Uzbekistan, Azerbaijan, and Egypt, with the ultimate objective of jointly supporting sustainable energy transition and enabling power and water access in line with local and global environmental objectives.

Azerbaijan and Saudi Arabia are cooperating in different spheres of the economy, especially in renewable energy. In this context, the agreements on the 240 MW wind power plant project were signed between the Energy Ministry, the Azerenergy OJSC, and Saudi Arabia's ACWA Power on December 29, 2020. A groundbreaking ceremony for the plant to be built took place on January 13. The trade turnover between the two countries amounted to $27 million in 2021.

Established in 1991, the EBRD is a leading investor in Azerbaijan. To date, the EBRD has invested over €3 billion ($3.5bn) in 181 projects in Azerbaijan’s economy.

The country has been cooperating with EBRD since 1992 to achieve further economic development. One of the main priorities of the EBRD in Azerbaijan is to support the local corporate sector with direct financing. The EBRD continues to pursue investments in energy projects, especially where there is a gap to improve efficiency and energy security.