American expert - Racism is a fundamental to the Western approach to Africa
Read: 2296

An artillery attack on a second US military convoy in Syria
Read: 1041

Team of specialists from Russian armed forces arrives in Armenia to assist in struggle against COVID 19
Read: 965 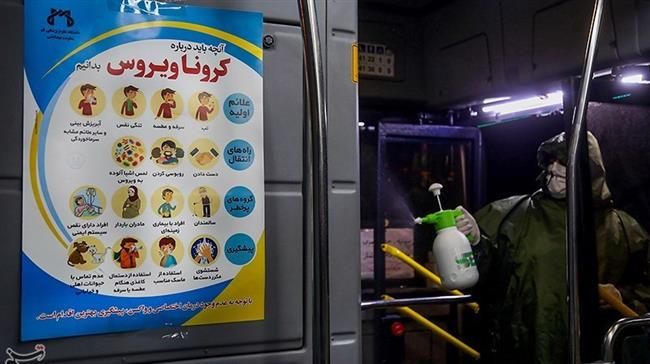 Iran's Health Ministry spokesman says the death toll from the coronavirus outbreak in the country has reached 12, while the number of confirmed infections stands at 64, Eurasia Diary reports citing Press TV.

Iraj Harirchi was speaking at a press conference in Tehran on Monday alongside Ali Rabiei, spokesman for the Iranian administration.

Harirchi refuted a fatality figure of 50, claimed by a member of parliament from Qom. The city reported the first case of the virus and has witnessed most of the deaths from the virus.

"If it is confirmed that even half of this number is true, I will resign," he said.

The official urged against hyping up the problem. The Islamic Republic, he said, began taking necessary precautions after the virus broke out in China.

"Currently, the situation has almost stabilized in the country, and we have managed to reduce the problem to the minimum," Harirchi said.

The outbreak began in the central Chinese city of Wuhan in December. Latest figures by the World Health Organization shows that it has killed more than 2,500 in China, where more than 77,000 have been infected.