Turkey, US agree to use direct channels of dialogue effectively - Erdogan
Read: 171 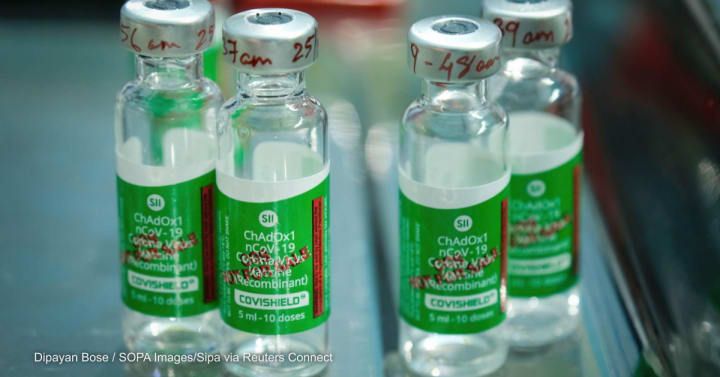 The COVAX Facility is 150 million COVID-19 vaccine doses behind schedule because of export restrictions in India — and that number will reach 190 million doses next month, said Dr. Seth Berkley, CEO at Gavi, the Vaccine Alliance, during an emergency meeting of African health ministers on Saturday.
Many African nations are heavily dependent on free doses supplied through COVAX, the global initiative aimed at equitable access to vaccines. The facility was leaning heavily on AstraZeneca vaccine doses from the Serum Institute of India to provide to countries globally. But as the COVID-19 crisis spiraled out of control in India, the government instructed its manufacturers to focus on the production of vaccines for domestic use.
“The vaccine situation is extremely complex now because of the situation in India,” said Dr. John Nkengasong, director of the Africa Centres for Disease Control and Prevention. “We are all watching in total horror and disbelief at what is going on in India and we don't expect that vaccines will be shipped out of India anytime soon.”
The facility has delivered 54 million doses to 121 countries, according to Berkley. COVAX began shipping doses to countries at the end of February, but after the Indian government restricted exports at the end of March, COVAX’s access to its supply of AstraZeneca doses from the Serum Institute of India was cut off.
India has assured the facility that it will start providing COVAX with doses again, but it’s unclear when that might happen.
At the meeting, African health ministers said they are not sure what they should do with the doses they have, and worry that if they use up all of their supply on first doses, they won’t have vaccines to provide people with their second doses given the delay in shipments.
“Right now, for us in Sierra Leone, we have a bit of a moral dilemma, where we have some vaccines, and we've prioritized the use of these vaccines. However, since these are two-dose vaccines, we're worried now if we use up all the vaccines that we have, and then don't have the follow up vaccines when we need them the most,” Dr. Austin Demby, minister of health and sanitation in Sierra Leone said during the meeting.
This is a “big worry” shared by many African nations, said World Health Organization Africa Regional Director Dr. Matshidiso Moeti. She advised countries to not hold back doses and to vaccinate as many people as possible, expressing concern about the expiration of the doses already delivered. Berkley added that even a single dose of AstraZeneca provides some level of protection.
Moeti said that there is a lot of work happening to ensure that additional supplies are secured so that countries have the doses before the 12 to 16 week period where those who had their first dose would need a second dose. She called upon countries to use their relationships with wealthier countries who have stockpiled vaccines, to encourage them to share doses — particularly of AstraZeneca.
There are 1.5 billion surplus doses that have been ordered by countries who were unsure at the point of purchase which vaccines would be effective, Berkley said. France has donated doses and there are commitments from Sweden, Spain, Belgium, Portugal, and the United Kingdom, he said.
Berkely said that COVAX is working to diversify its portfolio — it now has eight vaccines included in the program. COVAX deals with Novavax and Moderna were signed last week.
“We'll be announcing some more, plus larger quantities of the existing vaccines. And we plan to get up to 10 or 12 different vaccines in the portfolio,” Berkley said.
The facility will publish new projections on timing of allocations in the coming days, he said.