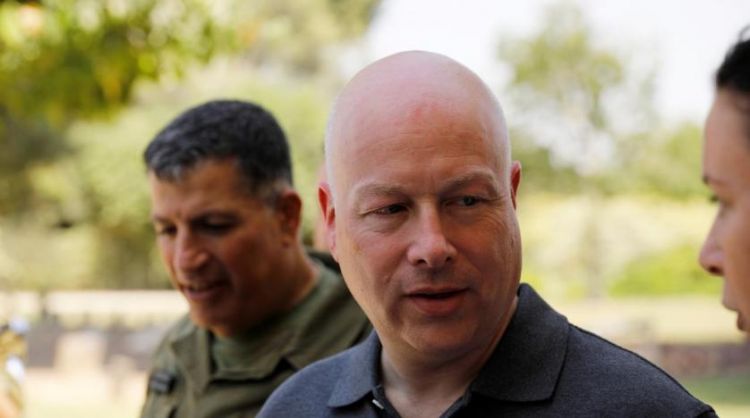 The US special envoy to the Middle East, Jason Greenblatt, has confirmed that the United States is neither seeking to topple the incumbent Palestinian regime nor to replace the Palestinian National Authority (PA) President Mahmoud Abbas.
In an interview Bloomberg early Tuesday, Greenblatt said that the US doesn’t look forward to changing the Palestinian regime.
Speaking about the partnership between the PA and the US, Greenblatt said relations are at their worst stage as a result of an ongoing rupture since US President Donald Trump declared Jerusalem the capital of Israel.
Ties were strained after Trump's recognition at the end of 2017, and tension worsened after Abbas refused to meet with US Vice President Mike Pence.
Both sides then engaged in a fiery confrontation at the United Nations Security Council, which was followed by Abbas stepping up and launching an attack on Washington, rejecting its mediation in any political process.
Trump responded by cutting off all aid to Palestinians, closing their office in Washington, and expelling Palestine Liberation Organization (PLO) representatives from there, a Palestinian party chaired by Abbas.
The PA says such a move translates into Trump seeking to shake up Palestinian leadership.
Saeb Erekat, a Palestinian diplomat who served as chief of the PLO Steering and Monitoring Committee until 12 February 2011, has repeatedly stated that there is an Israeli-American campaign waged against Abbas and that he fears the leader will face the fate of the late leader Yasser Arafat.
Palestinian officials accused the US of working to create an alternative Palestinian leadership through a series of steps to weaken the current leadership.
These convictions were reinforced in Ramallah as Greenblatt himself held meetings with Palestinians at home and abroad, contrary to the wishes of the Palestinian leadership and away from coordination with them.
Palestinian sources with knowledge of the matter told Asharq Al-Awsat that the Palestinian leadership is alert to attempts to create an alternative leadership, and added that such attempts “aren’t new.”
Aawsat