Russian fighter jet shot down two additional US drones near Khmeimim air base in Syria
Read: 666 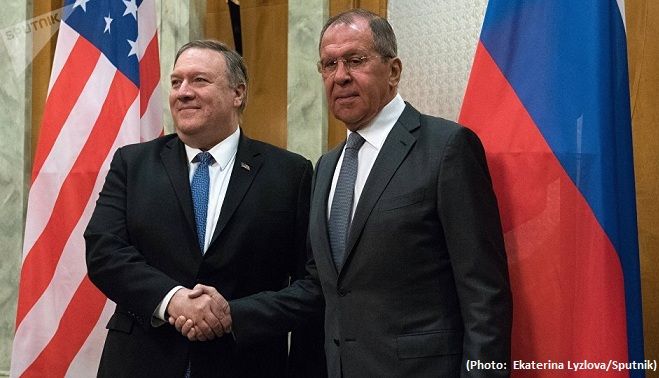 "They mostly focused on international issues, of course, in particular, as I wrote down, issues of strategic stability, issues of disarmament and non-proliferation [of weapons of mass destruction] and pressing regional issues,"Russian presidential aide Ushakov said. "Among them are the situation around Syria, around North Korea, Afghanistan, Libya, Iran, Venezuela," he added.

"In the Syrian context, we discussed the importance of jointly fighting against internaitonal terrorism and noted that it is very important to finally launch the Syrian constitutional committee," presidential aide said, TASS reported.

According to Ushakov, officials also touched upon the importancy to provide international security guarantees in North Korea. Both sides agreed to cooperate mutually and actively in Afghanistan

"President [Trump] wants serious arms control that delivers real security to the American people, and we know, and I think we agree on this, to achieve these goals we'll have to work together, and it would be important if that's possible we get China involved as well," Pompeo told reporters.

"I hope that the visit of Mike Pompeo will not only contribute to an improvement in the Russia-US relations, but also help us advance by small yet real steps towards solving practical problems concerning bilateral ties as well as regional and global issues," Lavrov said, Xinhua reported.