Russian T-14 Armata tank could be transformed into nuclear weapon - US
Read: 1008

What does withdrawal of US troops from Iraq mean? - American military expert explains
Read: 616

US, Russia finalize planning for space security exchange at end of July
Read: 553

China responds to US sanctions over Xinjiang
Read: 397 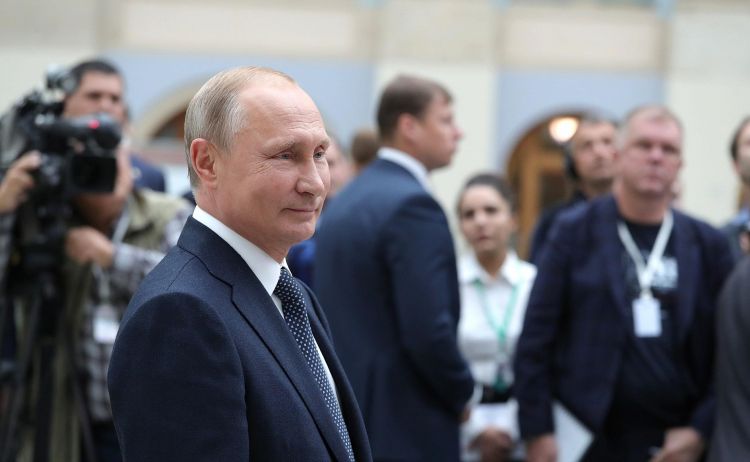 Russia’s president Vladimir Putin has firmly vowed support to the newly emerged majority coalition in Moldova formed by the pro-EU block ACUM and the Socialist Party PSRM of president Igor Dodon, in order to "forever save the country from the people who have usurped power,"

Russia’s president said that the oligarchs, more precisely the head of the Democrat Party, Vlad Plahotniuc,"captured all state institutions" in the Republic of Moldova. He described the actions of president Dodon and his partners as "a step towards building a civilized and modern state."

"What has been done by president Dodon and those who until recently were his opponents, the so-called pro-Western parties, is a step towards the construction of a civilized and modern state," said Putin.

"I think Moldova is not a unique situation. Power in Moldova, like Ukraine, was captured by oligarchic structures, oligarchs who crushed all the structures of the state, absolutely everything. That is, they have earned money on Moldovans and have strengthened their personal welfare and leverage on the state," Putin said in an interview with the Russian press.