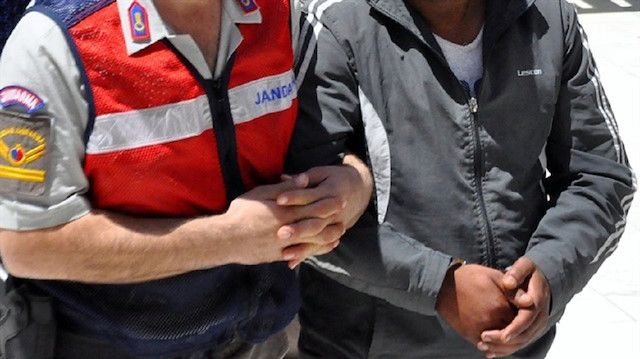 Turkish prosecutors have issued arrest warrants for 128 people with suspected links to the Fetullah Terrorist Organization (FETÖ), the group behind the 2016 defeated coup, a judicial source said Tuesday.

The warrants were issued as part of a probe into the terror group's clandestine network in the Turkish Armed Forces by prosecutors in western Izmir and central Konya provinces.

Izmir prosecutors issued arrest warrants for 65 suspects, according to the source who asked not to be named due to restriction on speaking to media.

The suspects include 48 on-duty soldiers who were found to have communicated with "covert imams" of FETO via payphone.

Konya prosecutors issued arrest warrants for 63 more suspects, another judicial source said. They had also been in contact with the imams.

Also, security operations were carried out across 30 provinces.

FETO and its U.S.-based leader Fetullah Gulen orchestrated the defeated coup of July 15, 2016, which left 251 people martyred and nearly 2,200 injured.

Turkey accuses FETO of being behind a long-running campaign to overthrow the state through the infiltration of Turkish institutions, particularly the military, police, and judiciary.