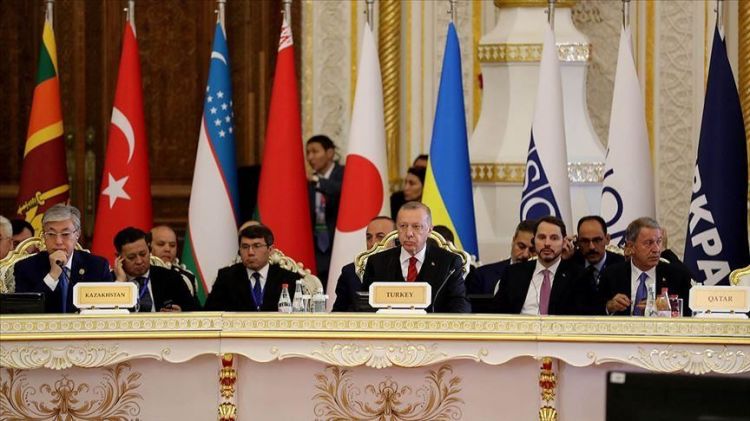 Turkey stands against efforts by some to create a "fait accompli" in the holy city of Jerusalem, President Recep Tayyip Erdogan said on Saturday, Anadolu Agency reports.

"We reject efforts to create new fait accompli in Jerusalem," Erdogan told the 5th Summit of Heads of State of the Conference on Interaction and Confidence Building Measures in Asia (CICA) in Dushanbe, Tajikistan's capital.

He also called on all countries to respect UN resolutions on the city as well as Jerusalem’s historical and legal status.

Jerusalem remains at the heart of the perennial Mideast conflict, with Palestinians hoping East Jerusalem -- occupied by Israel since 1967 -- might eventually serve as the capital of an independent Palestinian state.