Is there any point in replacing the OSCE Minsk Group with another diplomatic mechanism? - The explanation by Azerbaijani expert
Read: 496 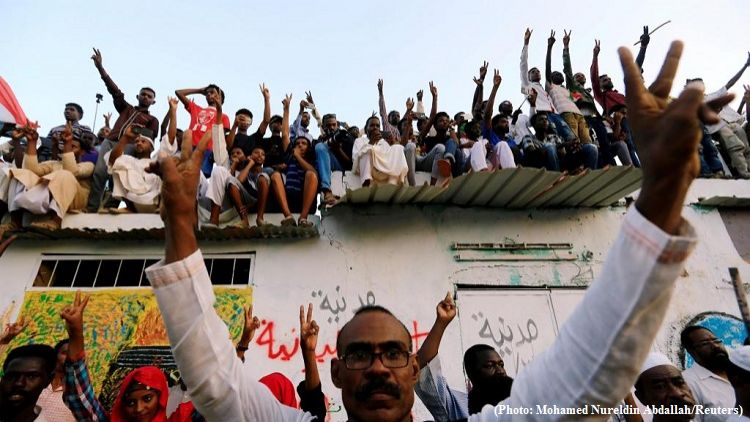 Sudan's military council and an alliance of opposition groups have signed an initial political accord as part of a power-sharing deal that would lead to a civilian administration of the country. Live television reports showed the signing ceremony, in the presence of African mediators, RFI.com reports.

Representatives of the military, and Forces for Declaration of Freedom and Change, which represents the protesters, initialled a document called the "Political Declaration" after a marathon negotiating session overnight to iron out details of the agreement, decided earlier this month. It is one of two documents as part of the deal; the other, a constitutional declaration, is expected to be signed on Friday.

The deal has a joint Sovereign Council ruling the country for a little over three years while elections are organised. The opposition has been calling for a move to civilian rule since street protests prompted the military to oust president Omar al-Bashir in April.

The military and protesters had found themselves in a deadlock, since security forces broke up a sit-in protest in Khartoum last month.

A major sticking point has been the granting of immunity to military rulers against possible prosecution for violence against protesters. Opposition groups accuse the Rapid Support Forces, a paramilitary organisation linked to the military council, of being responsible for the death of more than 125 protesters.