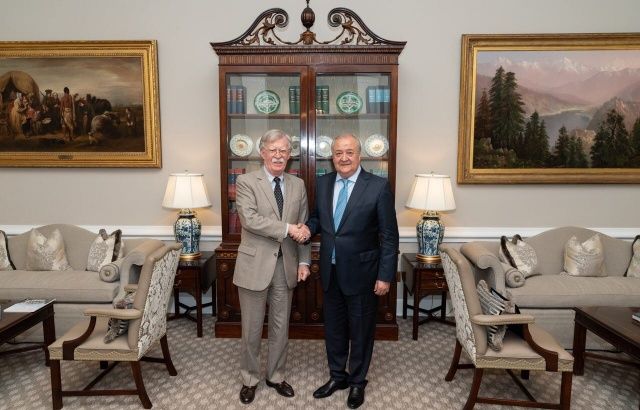 The parties reportedly considered a wide range of issues of mutual interest and the ways to expand the partnership ties. The Adviser John Bolton underscored Uzbekistan’s important role in launching the inter-Afghan peace dialogue, Afghanistan’s socio-economic rehabilitation and its connectivity into the Central Asian region.

Excellent meeting today with Uzbekistan’s FM Kamilov. We discussed a wide range of common interests and how to best advance our partnership. We applaud Uzbek reforms and their positive impact on all of Central Asia and look forward to deepening US-Uzbek cooperation, he said in his Twitter account.

As reported earlier, the Minister Abdulaziz Kamilov is currently visiting the U.S. as the lead of a large delegation to participate in the second Ministerial to Advance Religious Freedoms in Washington and other events aimed at developing bilateral trade, economic, financial and investment ties.