Turkey warns of counter-steps if US takes harsh stance 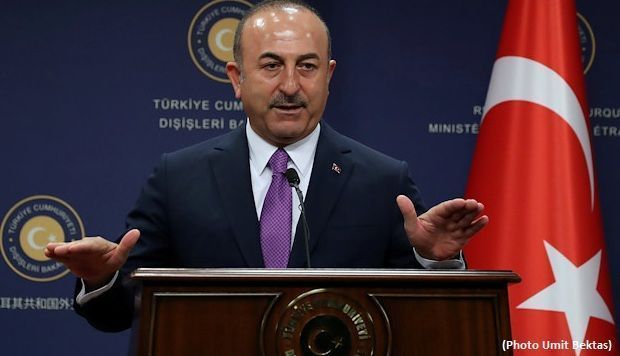 Mevlut Cavusoglu was speaking on the U.S. decision to take Turkey out of the F-35 fighter jet program in a televised interview.

In case Turkey doesn’t get F-35 jets, Cavusoglu said, the country would meet its needs from other sources until it produces its own.

On Wednesday, Washington announced it was taking Turkey out of the F-35 fighter jet program, following the threats to do so over Ankara's purchase of the Russian S-400 anti-air system.

Following protracted efforts to purchase an air defense system from the U.S. with no success, Ankara signed a contract in 2017 to purchase the S-400s from Russia.

U.S. officials argued the Russian system would be incompatible with NATO systems and expose the F-35s to possible Russian subterfuge.

It urged the formation of a commission to clarify any technical issues, but the U.S. failed to respond to this proposal.

The U.S. threatened sanctions over the purchase, with Turkey responding that any sanctions would be met in kind.

The delivery of S-400 components began on June 12 and is set to continue through April 2020.

Turkey and Russia agreed last September to turn Idlib into a de-escalation zone in which acts of aggression are expressly prohibited.

The Syrian regime, however, has consistently broken the terms of the cease-fire, launching frequent attacks inside the de-escalation zone.

Syria has only just begun to emerge from a devastating conflict that began in early 2011 when the Bashar al-Assad regime cracked down on demonstrators with unexpected severity.