The new Russian Su-34 will be able to detect and shoot down invisible targets - VIDEO
Read: 1900 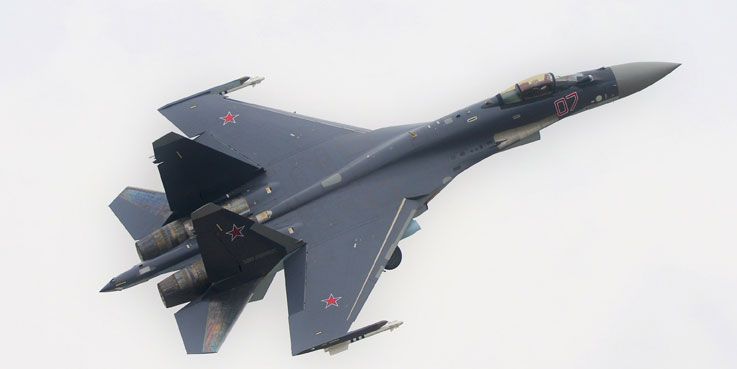 Russia is willing to supply Turkey with Su-35 fighters if Ankara wants them, the head of Russia's hi-tech conglomerate Rostec Sergei Chemezov said Thursday, after the United States kicked Turkey out of the F-35 program, writes china.org.cn

"If our Turkish colleagues express a desire, we are ready to work out the delivery of the Su-35," Chemezov was quoted by Russian media outlets as saying.

Developed on the basis of the Su-27, the Su-35 is a supersonic multi-purpose fighter with a single seat and twin engines.

On Wednesday, the White House confirmed in a statement that Turkey's purchase of Russian S-400 air defense systems has led to the termination of Ankara's involvement in the F-35 program.

It noted that the F-35 jets cannot coexist with the S-400 system, arguing that its intelligence collection platform would be used to learn about the advanced capabilities of the F-35 stealth fighters.

In December 2017, Ankara and Moscow signed a 2.5-billion-U.S.-dollar agreement for two batteries of the S-400 system, which is considered the most advanced of its kind in Russia, capable of destroying targets at a distance of up to 400 km and a height of up to 30 km.