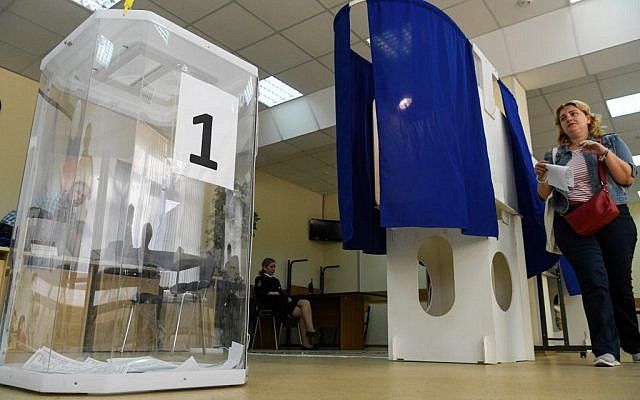 Vladimir Putin’s ruling party had its majority in Moscow’s city legislature slashed by nearly half in an election shock that came after a summer of protests over the barring of some of the Kremlin’s fiercest critics from the ballot, Politico reports.

United Russia’s candidates won 24 of the City Duma’s 45 seats, down 16 from the 40 the party previously held, with over 80 percent of the votes counted, election officials said. The Communist Party claimed 14 seats, while the center-left A Just Russia party took four seats. Although both parties are nominally in opposition to United Russia, analysts say they are controlled by the Kremlin to varying degrees.

President Vladimir Putin, who voted at the Academy of Science, said that "in some countries, there are 30, 50 and 100 (candidates in ballot list)," adding that what matters "is not the quantity but the quality," Euronews reports.

"I hope that we have decent candidates," he added.