Russian fighter jet shot down two additional US drones near Khmeimim air base in Syria
Read: 488

Russia plans to expand its military bases in Syria
Read: 244 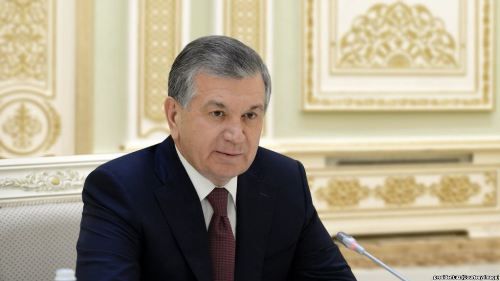 On October 8, a video-conference meeting was held under the leadership of Uzbekistan’s Minister of Investment and Foreign Trade Sardor Umurzakov, related to the visit of Uzbekistan's President Shavkat Mirziyoyev to Azerbaijan on October 14-15, Trend reports citing the ministry.

The meeting was also attended by heads of ministries, departments, commercial banks, heads of regions, and the city of Tashkent, responsible for the investment sector, as well as the Uzbekistan’s Ambassador to Azerbaijan Sherzod Fayziev.

They discussed the preparation of a top-level visit to Azerbaijan on October 14-15 of this year to participate in the VII summit of the Cooperation Council of Turkic-speaking states.

Apart from of its scale and importance for strengthening a wide range of relations between the member countries of the Council, this event is an excellent platform for deepening economic partnership and launching new joint initiatives, reads the message.

In this context, the meeting participants examined the possibilities for expanding investment, trade and economic cooperation between Uzbekistan and Azerbaijan.

Trend reported that on September 14, the President of Uzbekistan Shavkat Mirziyoyev ratified the Nakhichevan agreement on the establishment of a Cooperation Council for Turkic Speaking states.