2750 tonnes of ammonium nitrate stored at Beirut warehouse at centre of explosion
Read: 944

Azerbaijani MoD - Armenians created a fake Twitter account using the name of the Ministry of Defense of Azerbaijan
Read: 643 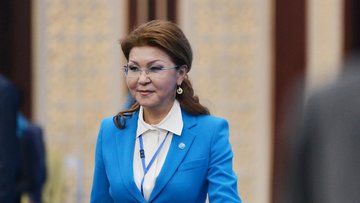 The delegation of the Kazakh Senate headed by Speaker Dariga Nazarbayeva has arrived in Armenia, the Senate reports.

According to AKIpress, the Speaker plans to meet with the Chairman of the National Assembly of Armenia Ararat Mirzoyan, Prime Minister Nikol Pashinyan and President Armen Sarkisyan as part of the official trip.

The talks will address bilateral relations between Kazakhstan and Armenia and development of interparliamentary ties.