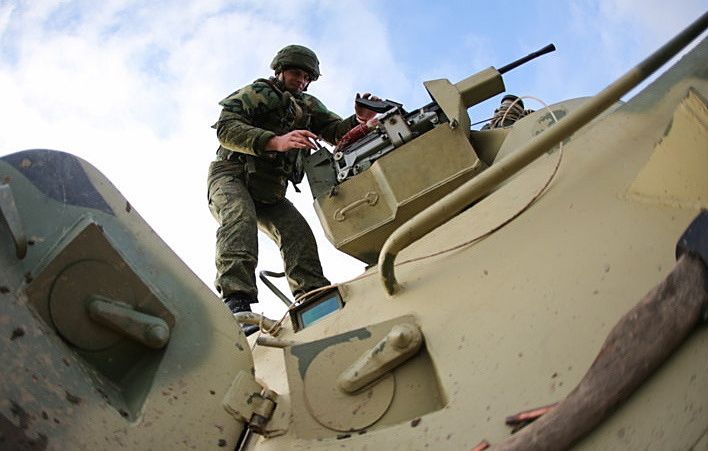 The forces of Russia’s 201st military base in Tajikistan held anti-terror drills in the garrisons in Dushanbe and Bokhtar and at the Lyaur and Sambuli training ranges, the press office of the Central Military District reported on Tuesday, Eurasia Diary reports citing TASS.

"Upon receiving a pre-arranged signal about the threat of a terrorist attack, the troops practiced procedures within the required time limits to advance to the designated area as well as organizing interaction, command and control by military police units. In order to locate the enemy, its numerical strength and armament, the squads of unmanned aerial vehicles employed the Eleron air reconnaissance system," the press office said in a statement.

"In order to create a situation close to a real combat environment, a large number of simulated means and dummy munitions were used. The drills involved about 500 personnel and 50 items of military hardware," the press office stated.

The 201st military base stationed in Tajikistan is Russia’s largest military facility outside its borders. The military base is located in the cities of Dushanbe and Bokhtar. Its armament includes T-72 tanks, BTR-82A armored personnel carriers, Grad multiple launch rocket systems and Gvozdika and Akatsiya artillery systems.

Under the agreement signed in October 2012, Russia’s military base in Tajikistan will remain until 2042.