The missiles are ready - When Russia will strike with its nuclear weapons? | Eurasia Diary - ednews.net

Russia is challenging US and NATO with unique armaments of the Su-57 fighter
Read: 1238

The missiles are ready - When Russia will strike with its nuclear weapons? 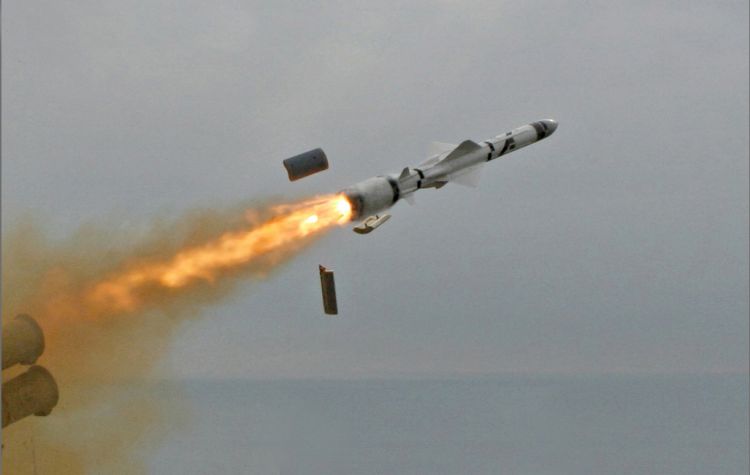 The document, in particular, lists the main dangers and military threats to Russia. This list includes the build-up by a potential adversary of general-purpose force groupings in the territories bordering Russia, if these groups have means of delivery of nuclear weapons. Russia also considers it dangerous to deploy ballistic missiles, hypersonic weapons by countries that are confident that the Russian side is a threat.

The list of main threats also lists the creation and deployment in space of anti-ballistic missile defense systems and strike systems, the country’s presence of nuclear weapons or other types of weapons of mass destruction that can be used against Russia and its allies.

According to the Russian authorities, the uncontrolled proliferation of nuclear weapons, delivery vehicles and equipment for their manufacture, as well as the deployment of nuclear weapons in the territories of non-nuclear states, also poses a military threat to Russia.

The Foundations of State Policy in the Field of Nuclear Deterrence is a strategic planning document in the field of defense. They reflect official views on the essence of nuclear deterrence. In particular, it is argued that state policy in this direction is exclusively defensive in nature. It aims to maintain nuclear weapons at a level that would be sufficient to deter a potential adversary and preserve the country’s sovereignty and territorial integrity.

“The Russian Federation views nuclear weapons solely as a deterrent, the use of which is an extreme and coercive measure, and is making every effort to reduce the nuclear threat and prevent the escalation of interstate relations capable of provoking military conflicts, including nuclear ones,” the document said.

Thus, the Russian authorities will be ready to use nuclear weapons if such weapons or other means of mass destruction are used against them or their allies. The country’s nuclear potential can also be used if non-nuclear aggression is used against Russia, threatening the existence of the state.

The condition for the use of nuclear weapons is the receipt of reliable information about the launch of ballistic missiles aimed at Russia or the territory of its allies, or other types of weapons of mass destruction, including nuclear.

The Russian side will also use nuclear weapons if the enemy encroaches on its critical state and military facilities, the decommissioning of which will make it impossible to use nuclear forces as a retaliatory strike.

The basics also state that, if necessary, the Russian president will warn the military-political leadership of other countries and international organizations that the country is ready to use nuclear weapons or inform them of the decision to use them or that the country’s authorities have already used nuclear weapons.

At the same time, Russia will take into account the location of hypersonic and laser weapons, as well as missiles and strike drones (UAVs) of a potential enemy.

Thus, “the deployment by states that consider the Russian Federation as a potential adversary of missile defense systems and means, medium-range and short-range cruise and ballistic missiles, high-precision non-nuclear and hypersonic weapons, strike drones, and directed energy weapons” is regarded by Russia as one. major military threats, which could escalate into a military threat that requires nuclear deterrence to neutralize.

Read more: The secret nuclear tests: Why the US does not trust Russia?

Termination of previously concluded treaties can also pose a potential threat to international security. For example, in August last year, the Treaty on the Elimination of Medium-Range and Short-Range Missiles (DRSMD) was terminated due to Washington’s withdrawal from the agreement. The issue of START-3 extension is now on the agenda. The United States sets a number of conditions and does not clearly explain its policy regarding this document, which is the latest arms control treaty between Russia and the United States. These countries account for 90% of the total arsenal of global nuclear weapons.