Their target is Turkey, not Iran - Turkish expert explains the UAE-Israel agreement 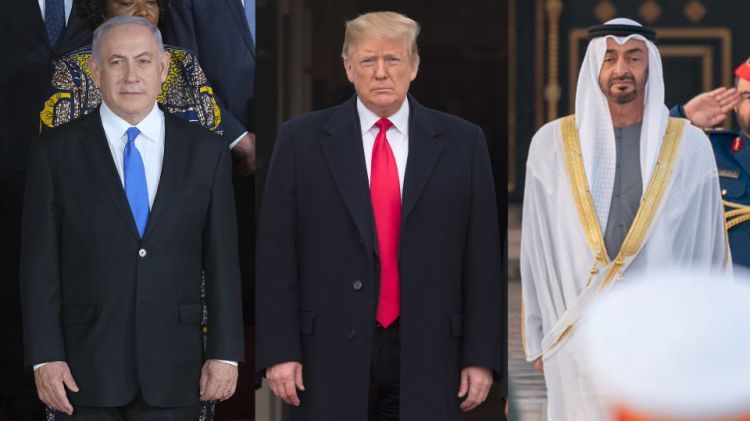 The agreement on the establishment of diplomatic relations between the United Arab Emirates (UAE) and Israel was slammed harshly by some regional countries, especially Iran and Turkey, who are strong geopolitical actors in the region. Why is the agreement signed between the UAE and Israel worrying Turkey and Iran? Haydar Oruç, an expert on Palestinian / Israeli studies at the Turkish Center for Middle East Studies (ORSAM), commented on the issue to the Eurasia Diary. 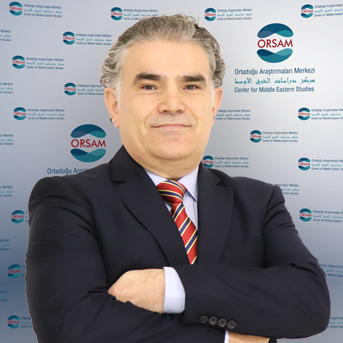 Haydar Oruç, firstly talked about Turkey’s position on the normalization of diplomatic relations between the UAE and Israel.

“US President Trump's August 13 statement on the announcement of the normalization of Israeli-UAE relations to the world was considered a historic event by the states, despite it being already clear that Israel and the UAE were cooperating closely on many issues. Regardless of the motives announced or disclosed by the parties, it is impossible for Turkey to be concerned about the normalization of the relations between two states. Although Turkey has the lowest level of relations with Israel since June 2018, it is the first Muslim country to recognize the independency of the country in 1949. For this reason, the Turkish government’s concern on the recognition of Israel by another country is not rational, even if its relations with Tel-Aviv are cold,”  political expert Oruç noted.

According to Haydar Oruç, Israel will not stop its annexation policy in the occupied territories of Palestine.

“It does not seem convinced that Israel will carry out the suspension of its annexation plan to the West Bank in accordance with the agreement with the UAE.  It is neither legal nor ethical to use the Palestinians as a tool without giving them the right to speak,” he stressed.

“If the UAE had taken such a step for Palestinians, as claimed, it should at least have looked through their views. It is also clear that the agreement has nothing to do with the cancellation or suspension of the annexation plan, as Israeli Prime Minister Netanyahu insisted,” he added.

Turkish political expert considers that there is no possibility for Turkey to interfere in the internal affairs of any country as it is claimed in the agreement between Israel and the UAE.

“Turkey's only concern is Palestinian people, who have been fighting for the two-state solution and whose lands have been under the occupation for 53 years. While Palestinian issue has become a big problem with the strong support of the United States, Arab states have left Palestine alone,” he underscored.

Oruç said that Iran and Turkey have a similar position on the UAE-Israel agreement, but adding that “it is incorrect to say that Turkish President Erdogan shares same front with Iran.”

According to him, Turkey and Iran are two rivals in the struggle for being regional power.

“To better understand this, it is enough to look at the views expressed by the leaders of Turkey and Iran on this issue. While Turkey is concerned that the agreement will have effect on the future of the Palestinians, the Iranian government completely rejects the agreement,” he  said.

According to his view, Turkey and Iran have very different views on the future of the region.

“There are deep gaps in the views of both countries on the future of Iraq, Syria and even Libya. In addition, Iran and Turkey have different opinions on the fighting against the terrorist organization PKK, which has the potential to destabilize the region. Thus, it is unrealistic to think that Turkey and Iran, which are on opposite sides in many processes in the region, would form an alliance against Israel,” expert said.

He also noted that Iran has close trade relations with the UAE as well as UAE is one of the countries that has closer ties with Iran, despite it being included in the union of the Gulf countries, which is striving to exclude Iran from the region.

He added that it is not true to expect any deterrent or pre-emptive action from Iran against the UAE or Israel.

“However, Turkey has had big problems with these two actors for lately,” he said.

Furthermore, Haydar Oruç touched upon the connections between Arab states and the intelligence agency of Israel.

The head of the intelligence agency of Israel Yossi Cohen, when he met with his Arab counterparts, said that Turkey is a big threat to the region.

“According to media reports, Cohen said that the Iranian threat in the region could be eliminated, but the real threat came from Turkey, with focusing his position on Turkey,” Oruç noted.

“They are accusing Turkey of taking part in the same front with Iran is just nothing more than distraction. In this way, they aim to put Turkey in a difficult position by subjecting it to US sanctions, like Iran, and, if possible, to completely stop its influence in the region,” he added.

Turkish political expert, in the end, said that Turkey is trying to protect its national interests against the reshaping of the region as well as the interests of the oppressed Palestinian people, who have been living in captivity for decades.

“Apparently, the existing and probable partners of these plans do not refrain from making baseless allegations in order to exclude Turkey as they see it as obstacle,” he concluded.