The trilateral statement of 11 January is necessary for economic stability and prosperity in the region - Experts
Read: 444

"Pakistan and Turkey's positions in II Karabakh War was extremely important for us" - Jeyhun Bayramov
Read: 229

"It is impossible to imagine Shusha without Jidir Duzu, Azerbaijan without Shusha" - President Aliyev
Read: 153 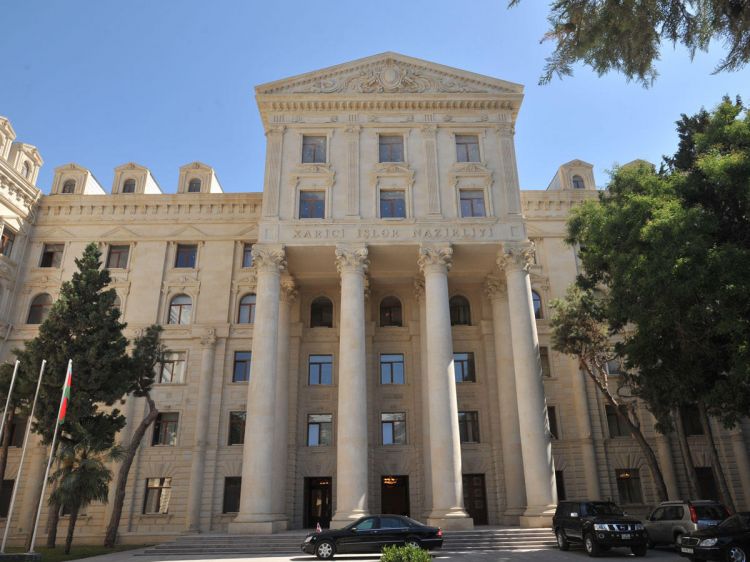 French Ambassador to Baku will be summoned to the Azerbaijani Ministry of Foreign Affairs, News.az reports.

The French ambassador will be summoned to the Azerbaijani MFA over the adoption by the National Assembly of France of an unjustified and biased resolution, and a strong protest from the Azerbaijani side will be brought to him, said the ministry.

The MFA said that the adoption of the resolution "Protection of the Armenian People and Christian Communities of Europe and the East" is another manifestation of the unjustified, unfriendly and provocative activities of the French parliament.

“The adoption of a biased resolution by the lower house after the Senate speaks of a long campaign against Azerbaijan. As can be seen from the title of the resolution, the members of the National Assembly, demonstrating a pro-Armenian position, are trying to give the issue a religious coloring, which in no way reflects reality,” it added.

“Azerbaijan is a multi-ethnic and multi-confessional state, where people of different religions and ethnicity live in peace and harmony, like one family. We reject attempts to present the Armenian-Azerbaijani conflict as an interreligious and intercivilizational clash. We strongly condemn such an approach, which is a serious threat to peace and security,” the ministry said.

“This resolution has no legal effect. However, given its political content, we would like to emphasize that these fundamentally erroneous resolutions run counter to the norms and principles of international law, the UN Charter and the Helsinki Final Act, the UN Security Council resolutions of 1993, as well as the bilateral documents existing between Azerbaijan and France,” it noted.