daily news
The war has already ended, it is time to prepare for peace and cooperation in the region - Ambassador
US Secretary of State held telephone talks with Pashinan
Moscow calls for a meeting on US return to JCPOA
Attacking light helicopters will launch kamikaze drones
Iran, Iraq confer on expansion of transportation coop.
Leader of Israel's largest opposition party reluctant to join Netanyahu's government
Azerbaijani economy to grow by 2 % this year - IMF
Russia extends Crimean Tatar leader’s ban to 2034
﻿

Apophis meteor will gently pass by Earth tonight - experts warn it could collide with our planet in future
Read: 4523

Not a single Armenian will live in Karabakh - Time is in our favour
Read: 282 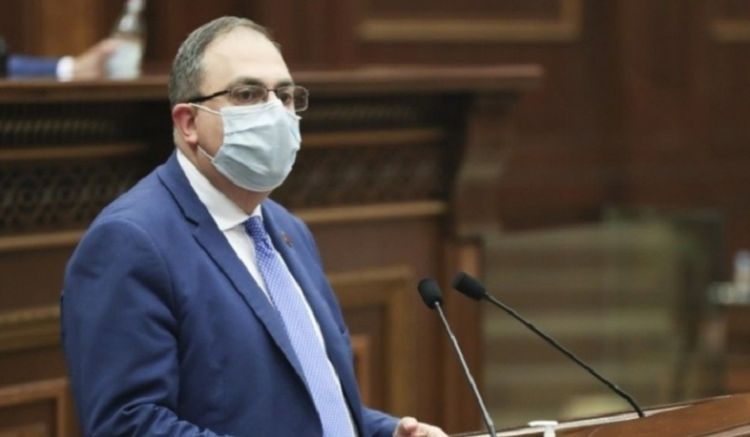 Vladimir Vardanyan, a member of the Armenian delegation to the Parliamentary Assembly of the Council of Europe, called Azerbaijan from the PACE rostrum as liable to comply with the norms of the Geneva Convention as well as demanding the return of Armenian prisoners .
Eurasia Diary reports citing Sputnik Armenia that the Armenian MP responded to his Azerbaijani counterpart Vugar Seyidov, saying that this was one of the responsible participation of the International Committee of the Red Cross in Azerbaijan. Vardanyan repeatedly raised the issue of compliance with the norms of the Geneva Conventions of the Red Cross, and these norms were included in Azerbaijan, became mandatory for everyone, so all prisoners had to return to their homeland after the combat operations were suspended.
However, the Armenian MP forgot to mention that the vast majority of Armenians on the Azerbaijani side were captured in recent days, not during hostilities, but after the November 9 agreement, which the leaders of Azerbaijan, Russia and Armenia signed to stop the fighting. Thus, the Armenian servicemen who infiltrated the territory of Azerbaijan in various ways after the end of hostilities and worked for "partisanship" can be considered not as modern military, but as terrorists engaged in the terror and sabotage in another state. Under international law, terrorists must be brought to justice and punished.
The return of these people can only happen with the good will of the President of Azerbaijan. Therefore, instead of opposing and criticizing his Azerbaijani counterpart in PACE, the Armenian MP should speak to the Armenian leadership to appeal to the President of Azerbaijan.