There are many reasons urging Biden to hold meeting with Putin - Expert | Eurasia Diary - ednews.net

France’s stance towards the conflict between Armenia and Azerbaijan is much alike of its acts in the period of Crusades - Expert
Read: 381

Azerbaijani Minister of Defense took part in the opening of new military units stationed in the liberated territories - VIDEO
Read: 284 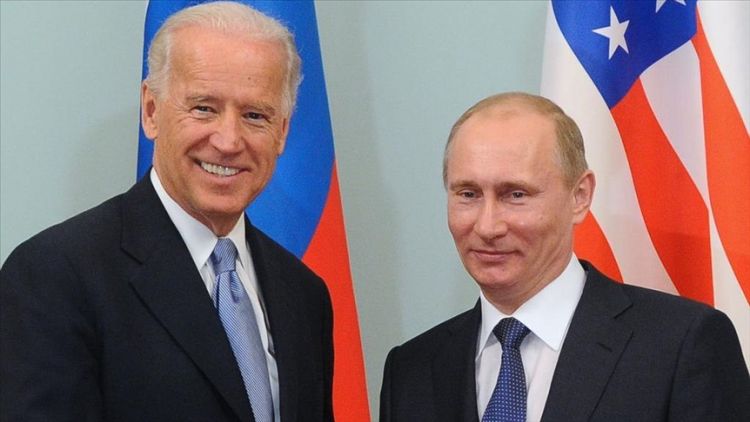 US President Joseph Biden on Tuesday held a telephone conversation with Russian President Vladimir Putin. In their phone talks, leaders of both countries touched upon the discussion of important strategic and security issues in the world.

In talks with Putin, Biden raised the concerns over the surge of armed confrontation between Russian-backed separatists and Ukrainian army in eastern Ukraine, as well as Russian military buildup near Ukraine’s border.

By the way, the concerns over cyber security and election interference, which were one of the key issues in agenda of the US diplomacy, also included in the talks.

According to the White House, during speaking with Putin, Biden proposed a summit meeting in a third country in coming months to discuss the full range of US-Russian issues.

It should be noted that in last month Biden said in his interview with ABC that he agreed with the description of Putin “killer” and criticized the jailing of Russian opposition figure Alexei Navalny. US Intelligence revealed a report last month that affirms Moscow’s next attempt for operation on the interference in 2020 US presidential elections.

It is interesting what urged Biden to decide to hold meeting with Putin. What is main the reason of that?

Speaking to Eurasia Diary, Goktug Chaliskan, Turkish expert on international relations, made brief comments on the possibility of Biden-Putin meeting.

According to him, there are many reasons urging Joe Biden to hold discussions with Vladimir Putin.

“The White House requested the meeting to discuss and extend the New START agreement. However, the main reasons behind this meeting may be different.  Biden wants to meet with Putin in the context of the recent Donbas crisis in Ukraine.  His meeting is aimed at reducing the escalation in eastern Ukraine,” expert said.

Goktug considered that the crisis in Ukraine can be solved through diplomatic contact between Ukraine and Russia.

“I think this crisis can be solved through diplomatic contacts between the two countries. For me, there are two different solutions that should be envisaged in terms of the arrangement of conflict.  The first is the granting of autonomy to the Donbas, and other is the transformation of Ukraine into a federal structure.  The situation in eastern Ukraine can turn into stability through peaceful negotiations and common understanding between two sides,” he noted.

Turkish expert also pointed out that third country could be suitable for the official meeting between Joe Biden and Vladimir Putin.

“To hold the official meeting in a third country may be comfortable for both parties to conduct discussion on the world issues. Both parties want to feel comfortable. They can meet in the areas like Switzerland, Finland as in 2018, or Norway. Thus, the topics to be discussed will be carried out in a more moderate atmosphere,” he added.