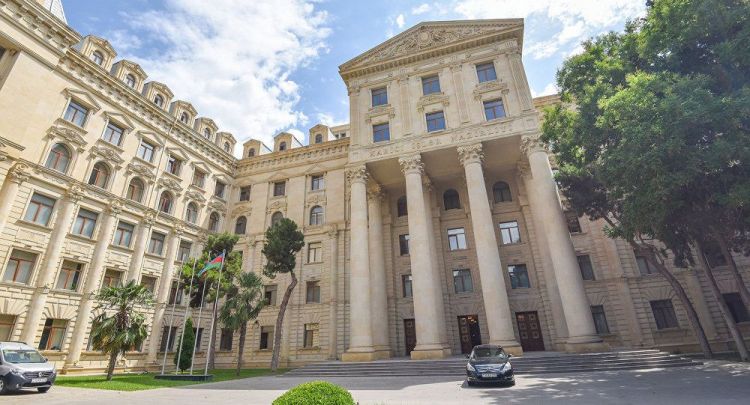 Commenting on the visits of the heads of neighboring countries is out of the competence of the Armenian Foreign Ministry, said Leyla Abdullayeva, spokesperson for Azerbaijan's Foreign Ministry, Eurasia Diary reports citing News.az.

Earlier, the Armenian Foreign Ministry said that the visit of the presidents of Azerbaijan and Turkey to Shusha is a provocation against peace and security in the region, and used the 'Turkish-Azerbaijani aggression' in the statement.

“Taking into account the fact that currently there is no leadership in the Armenian Foreign Ministry, we would like to inform those who remained in this structure, and those who prepared this statement that the country cannot occupy its territories,” Abdullayeva said.

The spokesperson stressed that as a result of the 44-day second Karabakh war, Azerbaijan liberated its lands from Armenian occupation and restored its territorial integrity.

"We recommend that the Armenian Foreign Ministry carefully familiarize itself with the joint statements signed by the leaders of the three countries, including their own country, and take steps to fulfill these statements. Armenia in its steps should rely on the real situation, and not on illusions. The joint declaration signed by the presidents of Azerbaijan and Turkey in Shusha is aimed at promoting peace and security and new opportunities for cooperation,” she added.