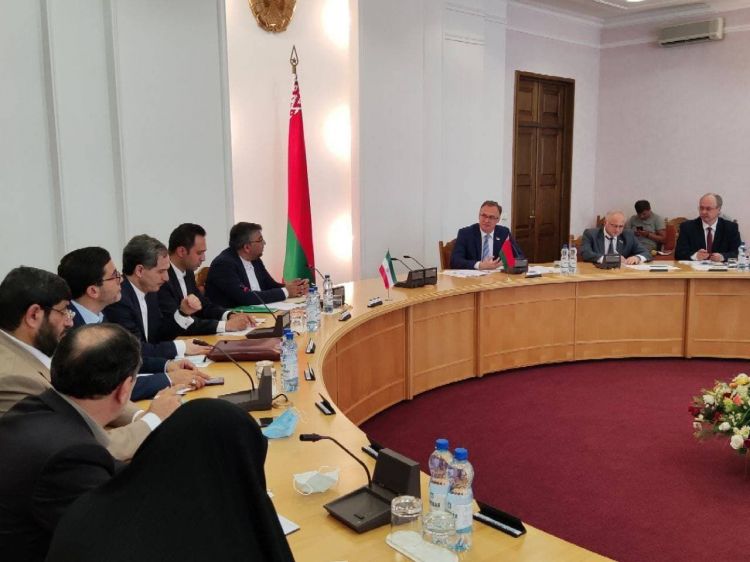 Abolfazl Amouei, chairman of Iran- Belarus Parliamentary Friendship Group, heading a delegation from the Iranian parliament, is visiting the Belarussian capital Minsk to discuss issues of mutual interests.
According to Iran’s embassy in Belarus, Amouei held talks with his Belarussian counterpart Andrei Savinykh, who is also head of the Parliamentary Friendship Group of Belarus and Iran.
Savinykh expressed satisfaction with the visit by Iranian lawmakers, saying that parliamentary relations between the two countries have been growing in recent years, assuring that the ties can be developed in different fields.
Evaluating mutual political relationships as outstanding, the Belarussian chairman of the Standing Committee on International Affairs of the House of Representatives stated, “We expect that given the high level of political and amicable ties between the two sides, the economic and trade relationships of both countries to develop in accordance with high economic capacities of Iran and Belarus.”
Setting up direct flights between the two countries, transit of commodities, increase of negotiations among tradesmen as well as scientific and research-based cooperation are among issues of interest of Belarus with the aim of boosting collaborations with Iran, he noted.
For his part, Amouei underlined the importance of strengthening friendly ties between Belarus and Iran, adding that the parliamentary talks will be very helpful in this regard.
The Iranian legislator pointed out the illegal and cruel sanctions imposed by the Western powers on Iran and Belarus, expressing readiness to upgrade the level of cooperation on issues of interest.
Referring to a preferential tariff agreement between the Eurasian Economic Union and the Islamic Republic of Iran, he noted that the member states of the union enjoy an abundant capacity to expand economic ties; so, the Belarussian and Iranian authorities can play a key role in paving the ground for expansion of cooperation within the framework of the bloc.
Other Iranian parliamentarians have also held talks with their Belarussian counterparts and called for bolstering mutual ties.