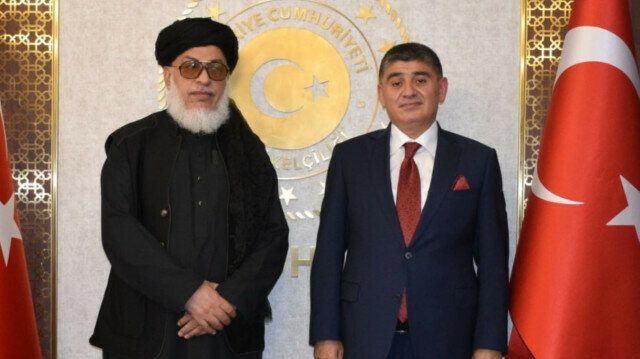 The Turkish ambassador to Qatar met on Thursday the acting deputy foreign minister of Taliban administration in Afghanistan, the Turkish Embassy in Doha said.
"M. Mustafa Göksu hosted Sher M. Abbas Stanikzay, Acting Deputy Minister of Foreign Affairs in the Government announced by the Taliban, and the accompanying delegation in his office," it said in a tweet, without providing any further details.
A diplomatic source told Anadolu Agency that Goksu discussed with Stanikzai "the latest developments in Afghanistan and ways to form an inclusive government to achieve stability."
The source, which preferred not to be named, said the ambassador stressed that "Turkey wishes the Afghan people to enjoy peace, and will not hesitate to help them with its expertise and capabilities."
The Taliban delegation expressed its hope to establish cordial and long-term relations between Afghanistan and Turkey, according to the source.
The Taliban seized control of Afghanistan mid-August, and announced an interim government headed by Hassan Akhund. World powers have urged the group to form a set up that is representative of the country's ethnic diversity.