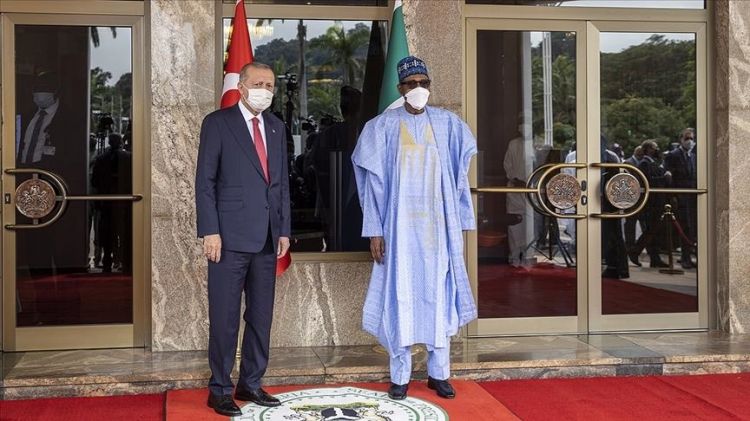 Erdogan is also expected to attend an official luncheon given in his honor by Buhari.
The president on Sunday started a four-day tour of three African countries, including Angola, Togo, and Nigeria.
Erdogan's tour, set to end later on Wednesday, is considered significant for new cooperation opportunities in Africa.
The West African country of Nigeria boasts Africa’s biggest economy, with a gross domestic product of some $500 billion, according to estimates.