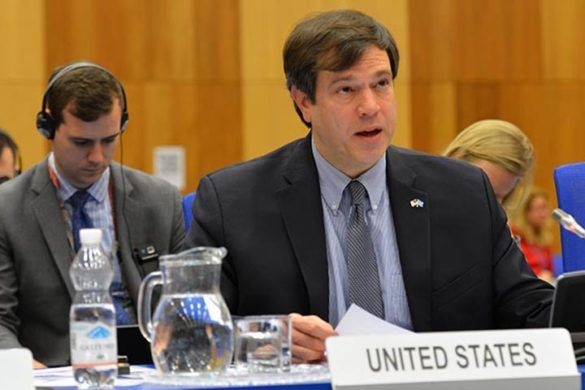 U.S. Department of State Senior Advisor for Caucasus Negotiations Andrew Schofer has arrived in Azerbaijan, the U.S. embassy in Baku has reported on its official Twitter page.

"We welcome Andrew Schofer, U.S. Department of State Senior Advisor for Caucasus Negotiations, to Baku April 24-29. The U.S. remains deeply committed to engaging bilaterally and multilaterally to promote a peaceful, democratic, and prosperous future for the South Caucasus," the embassy tweeted.

To recap, Schofer paid a visit to Armenia last week.

Earlier, the European and Eurasian Affairs Bureau of the U.S. State Department reported that Shofer will visit the region to discuss how the U.S. can best support the peace process between Azerbaijan and Armenia.

It welcomed Azerbaijan's commitment to peace talks with Armenia.