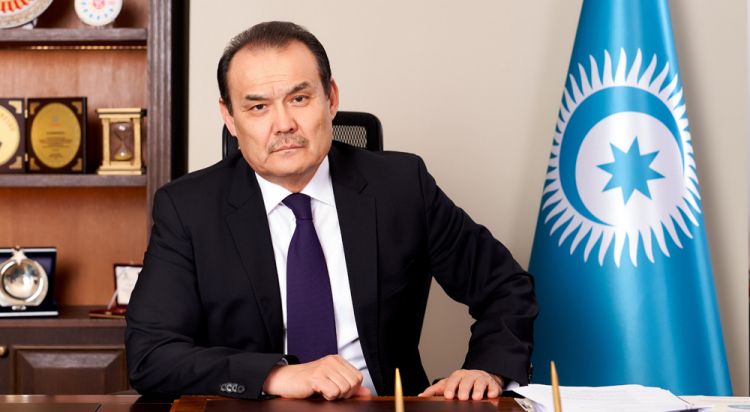 Secretary-General of the Organization of Turkic States Baghdad Amreyev has congratulated the Azerbaijani people on the occasion of 28 May -Independence Day of Azerbaijan, News.az reports.

The Congratulation reads: "On behalf of the Organization of Turkic States and on my own behalf, I sincerely congratulate the Government and brotherly people of Azerbaijan on the occasion of the Independence Day of the country.

With the declaration of independence of the Azerbaijan Democratic Republic on May 28, 1918, the establishment of the first democratic republic in the Turkic and Islamic world was a turning point in the history of the Azerbaijani people which constituted a model for other nations.

During the period since restoring its independence, the Republic of Azerbaijan has made great strides in the political, economic and social spheres, further developed and strengthened its international prestige and become a prominent actor in its region and beyond.

The brilliant victory of the Azerbaijani people in the 44-day Patriotic War opened a new page in the history of Azerbaijan, as well as of the region and the Turkic world. Thanks to the wise, balanced and consistent foreign policy of the President Ilham Aliyev, this victory once again demonstrated that Azerbaijan is continuously strengthening its position in the global arena.

I once again convey my deep gratitude to the establishments of Azerbaijan for the constant attention and support given to the Organization of Turkic States and I would like to express my confidence that the cooperation among the fraternal Turkic States will deepen and our Organization will achieve new successes.

Taking this opportunity, I wish continued success and prosperity, well-being and happiness to all the people of Azerbaijan."