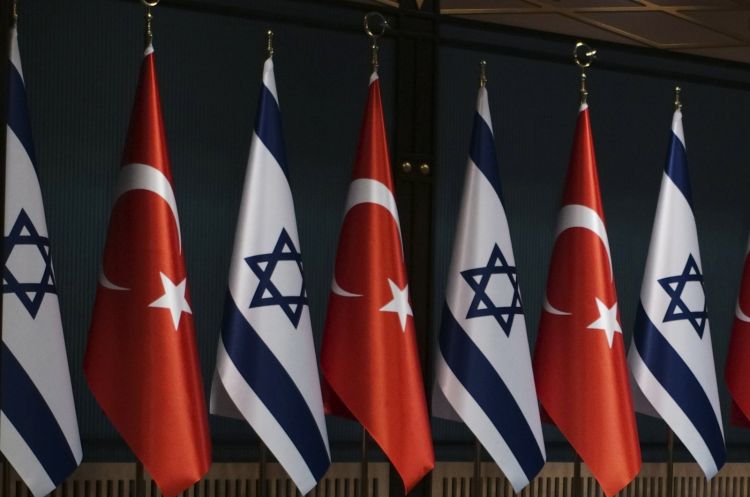 The Israeli government on Sunday approved the appointment of Irit Lillian as Israel's new ambassador to Türkiye.
In a statement on Twitter, Israeli Prime Minister Yair Lapid said the move is "another important step in repairing relations with Türkiye that we have been working on for the past year."
On Sept. 19, the Israeli Foreign Ministry's appointment committee approved Lillian's appointment as Israel's ambassador to Ankara, marking the first appointment since 2018.
Career diplomat Lillian is believed to have played a crucial role in the normalization of ties between Türkiye and Israel.
Lillian has served as Israel's charge d'affaires in Ankara for the past two years. She was also Israel's ambassador to Bulgaria from 2015 to 2019.
Israel-Türkiye relations, long-frosty amid feuding over the Palestinian cause, have warmed in recent months, with energy emerging as a key area of cooperation.
In August, Türkiye and Israel agreed to restore full diplomatic ties and reappoint ambassadors and consuls general after a four-year hiatus.
Also, President Recep Tayyip Erdoğan and Israeli Prime Minister Yair Lapid met in late September on the sidelines of the United Nations General Assembly at the Turkish House (Türkevi) in New York in the first face-to-face talks since 2008.
Türkiye in 1949 became the first Muslim-majority nation to recognize Israel.
But relations soured due to the 2010 killing of 10 Turkish activists in brawls that erupted when Israeli marines stormed a ship trying to break Israel's naval blockade on Gaza.
A 2016 reconciliation agreement that saw the return of ambassadors all but collapsed in 2018-2019, when more than 200 Gazans were shot dead by Israeli forces during border protests.
The two countries expelled ambassadors in 2018 over the killing of 60 Palestinians by Israeli forces during protests on the Gaza border against the opening of the U.S. Embassy in West Jerusalem.
In his address to the U.N. General Assembly, Erdoğan renewed calls for the establishment of a Palestinian state with East Jerusalem as its capital.
But he also said that Türkiye was "determined to continue to develop our relations with Israel for the sake of the future, peace and stability of not only the region, but also of Israel, the Palestinian people and ours."
Türkiye in recent months has also moved to reconcile with regional rivals, including Saudi Arabia and the United Arab Emirates (UAE).
In May, Foreign Minister Mevlüt Çavuşoğlu became the first Turkish foreign minister to visit Israel in 15 years.
A visit to Türkiye by Israeli President Isaac Herzog in March, followed by visits by both foreign ministers, helped warm relations after more than a decade of tensions.
Erdoğan described the fence-mending visit to Ankara by Herzog in March as "a turning point in our relations."