The trilateral statement of 11 January is necessary for economic stability and prosperity in the region - Experts
Read: 381

"Pakistan and Turkey's positions in II Karabakh War was extremely important for us" - Jeyhun Bayramov
Read: 195 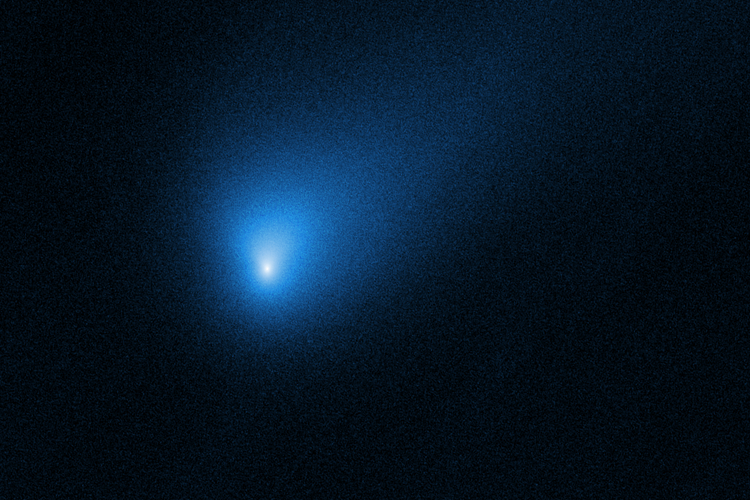 NASA's Hubble Telescope captured interstellar comet sighting. It is believed that it is out of our solar system.

The interstellar "visitor" comet 2I/Borisov — whose speed and trajectory indicate it has come from beyond our solar system, Eurasia Diary reports citing to NASA's press release.

This Hubble image, taken on Oct. 12, 2019, is the sharpest view of the comet to date. Hubble reveals a central concentration of dust around the nucleus (which is too small to be seen by Hubble).

Comet 2I/Borisov is only the second such interstellar object known to have passed through the solar system. In 2017, the first idetified interstellar visitor, an object officially named 'Oumuamua, swung within 24 million miles of the Sun before racing out of the solar system. "Whereas 'Oumuamua appeared to be a rock, Borisov is really active, more like a normal comet. It's a puzzle why these two are so different," said David Jewitt of the University of California, Los Angeles (UCLA), leader of the Hubble team who observed the comet.