Our idea of cosmos may be all wrong, as universe may be infinite loop - Study | Eurasia Diary - ednews.net

Our idea of cosmos may be all wrong, as universe may be infinite loop - Study 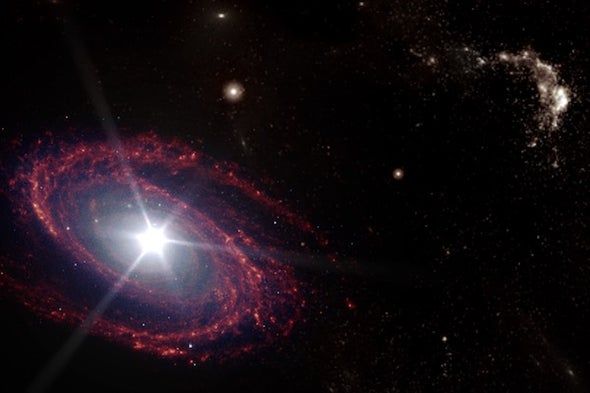 New findings appear to support the hypothesis of a ‘closed universe’ which bears some unconventional space-time implications, although the majority of science does not currently support this model.

A new study published Monday in the Nature Astronomy journal appears to support the hypothesis that our universe is curved and not flat, as a majority of science believes.

If this is the case, then traveling in one direction will eventually bring you back to the point where you began, what scientists call a ‘closed universe’. However, most scientists currently support the theory of  the ‘flat universe’ which suggests that the known universe expands in all directions and travelling in one direction will either bring you to the end of the universe or to infinity (there are different hypotheses).  Earlier results from the Planck spacecraft mission appear to support the flat universe theory.

The study, entitled “Planck evidence for a closed Universe and a possible crisis for cosmology” deals with the ‘cosmic microwave background’ (CMB), the electromagnetic signature of the Big Bang that gave birth to our universe at the beginning.

According to the study, authored by a team of researchers from the UK and Italy, the CMB reveals significantly more ‘gravitational lensing’ than was expected, suggesting that gravity is bending the microwaves much more than today’s physics can explain.

“The assumption of a flat Universe could […] mask a cosmological crisis where disparate observed properties of the Universe appear to be mutually inconsistent,” the study introduction observes.

The scientists who wrote the report, however, retain a dose of healthy skepticism regarding their own findings.

"I don't want to say that I believe in a closed universe," study co-author Alessandro Melchiorri of Sapienza University in Rome told Live Science. "I'm a little bit more neutral. I'd say, let's wait on the data and what the new data will say. What I believe is that there's a discrepancy now, that we have to be careful and try to find what is producing this discrepancy."

Earlier measurements conducted by the Planck spacecraft suggested that the Universe was flat, with what has been claimed to be 99.8 percent accuracy. Researchers note, however, that “future measurements are needed to clarify whether the observed discordances are due to undetected systematics, or to new physics or simply are a statistical fluctuation.”