When Real Madrid or Barca knock on the door the other clubs must tremble - Guardiola on Sterling transfer
Read: 361

Ice between Russia and Alaska is at record lows, scientists warn 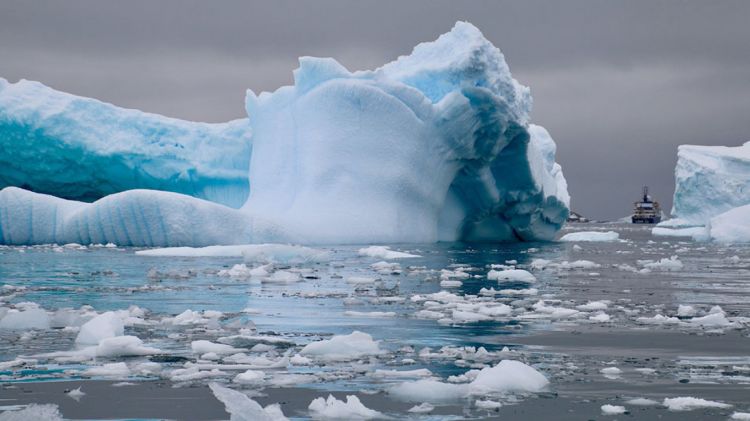 Arctic sea ice recovery between Russia and Alaska has slowed to record levels since bottoming out over the summer, according to research, as climate change clears ice quicker and for longer periods, Eurasia Diary reports citing The Moscow Times.

Frozen water vanished from Russia’s Northern Sea Route in mid-August, opening up the Arctic shipping lane coveted by the Russian government. Arctic sea ice minimum in 2019 tied for the second-lowest in recorded history, according to NASA and the U.S. National Snow & Ice Data Center (NSIDC).

An attached chart showed November ice extent in the Chukchi Sea at its lowest level since records began. Melting in early spring and summer likely contributed to the record, Labe wrote last week.

“[E]xtensive open water remains in the Chukchi and Beaufort Seas, resulting in unusually high air temperatures in the region,” NSIDC said in its latest update.

At the same time, the snow and ice data center noted that “freeze-up has been rapid along the coastal seas of Siberia.”

Low ice threatens coastal communities because open water increases the distance of wind and waves, The Associated Press reported. Waves increase chances of erosion, winter flooding and longer distances for hunters to find seals and walruses, according to the agency.

“[Y]ou can’t grow ice, even if you bring ice in, if the water temperature is above freezing,” Andy Mahoney, a sea ice physicist at the University of Alaska Fairbanks’ Geophysical Institute, was quoted as saying.

“We’ve got a cold atmosphere. We’ve got a strong wind. You’d think we’d be forming ice, but there’s just too much heat left in the ocean,” AP quoted Mahoney as saying.

NSIDC mapping in late summer showed that sea ice retreat was concentrated in the East Siberian Sea and along the ice edge in the northern Beaufort and Chukchi Seas.

2019 has been the second-hottest year so far since data collection began in 1880, the U.S. National Oceanic and Atmospheric Administration (NOAA) said.