PKK is preparing for being present in Karabakh conflict
Read: 248 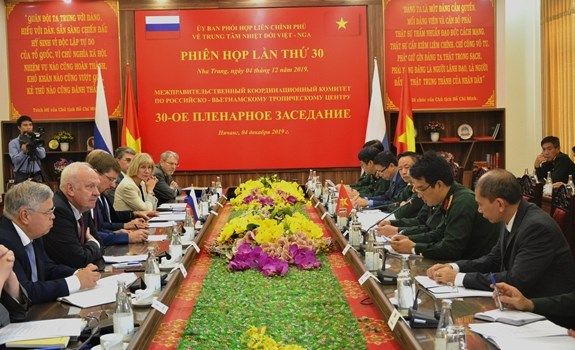 The event was co-chaired by Deputy Defence Minister Sen. Lieut. Gen. Nguyen Chi Vinh, who is also head of the Vietnamese Sub-committee, and Aleksey Mikhailovich Medvedev, Russian Deputy Minister of Science and Higher Education and head of the Russian Sub-committee.

Reviewing the centre’s operations in 2019, delegates shared the view that the centre has fulfilled its tasks under the scientific research plan approved by the Coordinating Committee.

The centre has proposed scientific and technological tasks in line with orientations of the Ministry of National Defence and the State as well as reality, in order to serve military and national defence purposes, economic development and environmental protection, they said.

They also passed the centre’s scientific research plan for 2020 and suggested the centre step up the application of research results in reality and technological transfer.

The 31st meeting of the Coordinating Committee is scheduled to be held in Russia next year.

The Vietnam-Russia Tropical Centre was founded on March 7, 1988 under an agreement between Vietnam’s Ministry of National Defence and the Russian Academy of Sciences.

The centre operates in three main fields: tropical endurance, tropical ecology, and tropical biomedicine. It also works on the application and transfer of technology, provides scientific-technological services, and facilitates the training of scientists.