"It is impossible to imagine Shusha without Jidir Duzu, Azerbaijan without Shusha" - President Aliyev
Read: 257

Exclusive interview with the Head of the Representative Office of Rossotrudnichestvo in Azerbaijan - Irek Zinnurov - VIDEO
Read: 231 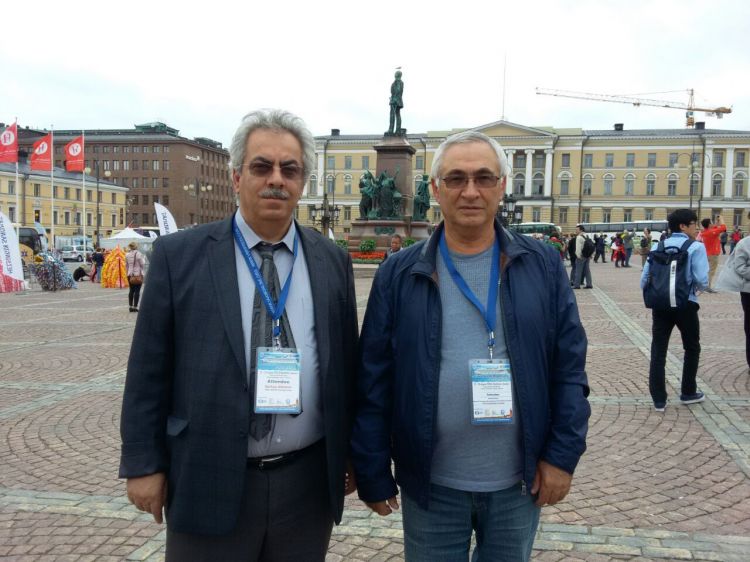 Laureate of the Blaise Pascal Medal of the European Academy of Sciences (in the field of mechanics this award is considered equal to the Nobel Prize), state prizes of the USSR (1985), state prizes of Ukraine (1979, 1988) and a number of various international prizes, academician of the National Academy of Sciences of Ukraine (NASU), director of the Institute of Mechanics of NASU named after S. Timoshenko Alexander Nikolaevich Guz published a scientific review of publications on this topic in connection with the 50th anniversary of the beginning of studies on non-classical problems of fracture mechanics in the 4th issue of 2019 International Journal of "Applied Mechanics". The review covers about 600 scientific articles and monographs of Russian, Ukrainian, Turkish and other scientists of the world.  It is joyful that in the review of such a great scientist and expert on a global scale, the work of Azerbaijani scientists was also highly appreciated. First of all, ANAS academician Hatam Guliyev and ANAS correspondent member Surkhay Akbarov and others' publications (their number is about 70) are cited in the areas of non-classical problems of fracture mechanics, deformation of the three-dimensional theory of stability, strength, dynamics of bodies, constructions, structures, composite materials and complex mechanical systems. A high assessment is given to the obtained results by them.  It should be noted that at present, our scientists conduct large-scale research in various fields of Earth sciences based on advances in mechanics. They are devoted to both fundamental and innovative problems. The results obtained in the field of geomechanics are published in many authoritative international journals included in the Web of Science database (there are hundreds of them). Their results are highly appreciated by the World Scientific Community. Their Researchgate (RG) - ratings are higher 38. In addition, it is proud that, the names Hatam Guliyev and Surkhay Akbarov are mentioned among prominent scientists of Russia, Ukraine, USSR and other countries that worked at the Institute during this time in the journal dedicated to the 100th anniversary of the Institute of Mechanics of the National Academy of Sciences of Ukraine named after S.Timoshenko and published in English in the first issue of 2018 in the journal "Applied Mechanics". At the same time, Academician Guz was a leader and consultant in their dissertation work at the Institute of Mechanics of NASU.

We wish our scientists further success.