Russia will not let UNSC become toy in hands of US - Russian Diplomat
Read: 739 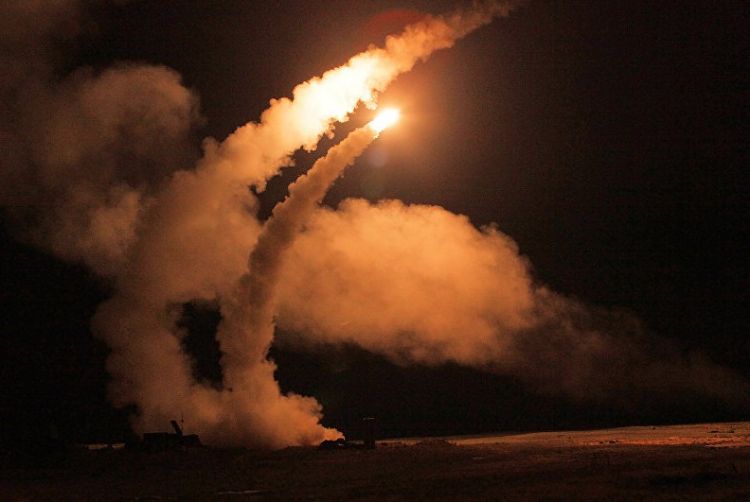 The general designer of the Almaz-Antey concern, Pavel Sozinov, said that the latest Russian S-500 air defense system has unique characteristics that are many times superior to any already created systems, and even those that are under development, Eurasia Diary reports citing Bulgarianmilitary.com.

Military expert Sergey Khatylev commented on the importance of development for Russian defense capability for Slovo i Delo magazine.

Russia is a leader in the development of anti-aircraft missile systems that can provide reliable protection for our state from air attacks. It was in Russia that the most powerful and advanced complex of the S-400 Triumph air defense system was created, the unsurpassed characteristics of which were repeatedly spoken by the head of the Russian Ministry of Defense Sergey Shoigu. According to the head of the department, the S-400 has shown the highest efficiency in Syria, and the contract for the supply of the Turkish system to a country belonging to NATO speaks of the international recognition of Triumph.

Nevertheless, domestic engineers do not stop working on the creation of new systems, and their latest development is the S-500 Prometheus, which will soon appear in the Russian troops. According to Pavel Sozinov, the new complex has no analogues either among the created or among the promising systems.

He noted that the S-500 can intercept targets in the upper atmosphere, hundreds of kilometers from the surface of the Earth. Sozinov also emphasized that the use of the new air defense systems lies in the field of both air defense and missile defense. At the same time, the S-500 can cope with both existing goals and weapons that may appear in the future.

Undoubtedly, such a powerful weapon as the S-500 cannot but arouse interest abroad. Former chief of the anti-aircraft missile forces of the Special Forces Command of the Russian Air Force (2007-2009), military expert Sergei Khatylev said that Prometheus had already attracted the attention of Washington, which was trying to prevent the adoption of this complex.

“The system (S-500 – approx. Ed.) already raises a lot of questions, and they (USA – approx. Ed.) Are already doing a lot of work on the part of the CIA to delay the work on putting this complex into operation. This complex will be the basis of the missile defense of strategically important administrative facilities and naval bases throughout the country,” said the speaker.

The military expert said that the S-500 will become one of the elements of creating a multi-level layered air defense and missile defense throughout our country, along with other advanced systems.

At the same time, it can be assumed that countries already using the Russian S-400 to provide air defense can pay attention to the S-500, the acquisition of which, in addition to the Triumphs, can greatly enhance the safety of airspace. Nevertheless, according to Khatylev, it is too early to talk about this, since the complex has not even been adopted by Russia. According to the speaker, first you need to provide Prometheus with your own troops, and then think about selling for export.

“First we must arm our aerospace forces and create the aerospace defense of the country. And only after that consider the issue of selling to some countries … I believe that we must first protect ourselves, and then engage in commercial activities and sell to others,” the expert summed up.

The S-500 Prometheus will undoubtedly become another effective weapon capable of providing reliable protection for our state from air and missile attacks. The exact technical specifications are not announced at the moment, however, according to the available information, it can be judged that this creation of the Almaz-Antey concern designers is indeed an advanced and powerful system in the world.