Astrophysicists reveal the Universe in 3D in the largest map ever published | Eurasia Diary - ednews.net

The situation in Nagorno-Karabakh to be one of the main topics of discussion at Lavrov-Zarif meeting - Russian MFA
Read: 200

U.S. can contribute to peacebuilding process between Azerbaijan and Armenia - Assistant to Azerbaijani president
Read: 146

“Our proposal to build a school in Shusha was welcomed by the Presidents of Azerbaijan and Turkey” - Devlet Bahceli
Read: 139 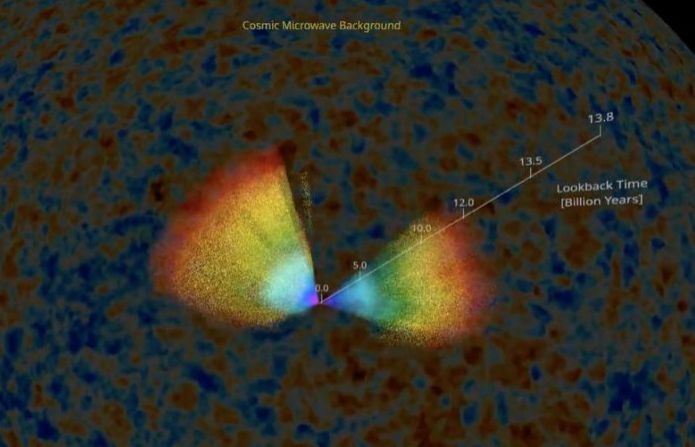 Astrophysicists on Monday published the largest-ever 3D map of the Universe, the result of an analysis of more than four million galaxies and ultra-bright, energy-packed quasars, EDNews.net reports citing AFP.

The efforts of hundreds of scientists from around 30 institutions worldwide have yielded a "complete story of the expansion of the universe", said Will Percival of the University of Waterloo in Ontario, Canada.

In the project launched more than two decades ago, the researchers made "the most accurate expansion history measurements over the widest-ever range of cosmic time", he said in a statement.

The map relies on the latest observations of the Sloan Digital Sky Survey (SDSS), titled the "extended Baryon Oscillation Spectroscopic Survey" (eBOSS), with data collected from an optical telescope in New Mexico over six years.

The infant Universe following the Big Bang is relatively well known through extensive theoretical models and observation of cosmic microwave background -- the electromagnetic radiation of the nascent cosmos.

Studies of galaxies and distance measurements also contributed to a better understanding of the Universe's expansion over billions of years.