Apple’s 2022 iPad Pro might get the feature nobody asked for - ednews.net

daily news
US Secretary Blinken’s call with Russian Foreign Minister Lavrov
The Presidents of Azerbaijan and Russia had a telephone conversation
Germany ready for serious dialogue with Russia on security guarantees - Foreign Minister
Terrorists in Syria receive US support - Erdogan
Nothing can compensate for suffering we inflicted on the peoples of the USSR - German minister
Iran fuels war in the Gulf through hands of Houthis
Turkey nabs 5 FETÖ terror suspects trying to flee to Greece
Two S-400 battalions, 12 Sukhoi-35 planes to be sent to exercise in Belarus

China landed on the moon and found water in dirt and rocks
Read: 359 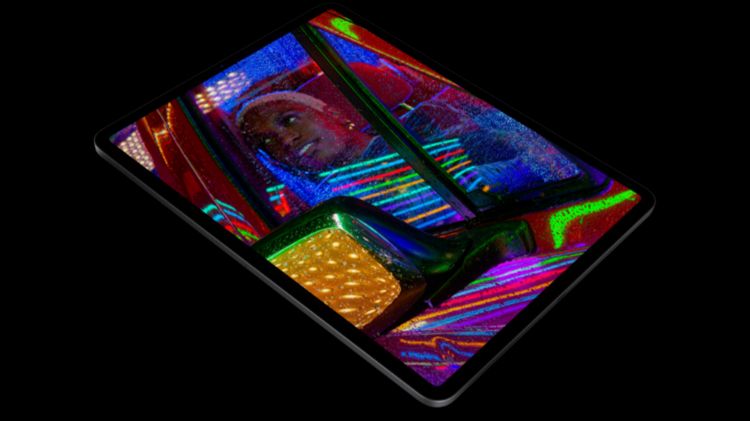 We've heard plenty of rumours about the upcoming iPad lineup, from seriously massive storage to seriously massive displays (do we need a 16-inch iPad – seriously?). But perhaps the most baffling tidbit yet has just dropped, courtesy of seasoned Apple leaker Mark Gurman.
Gurman claims that the 2022 iPad Pro will feature a "significant redesign" which could involve a glass back and MagSafe support. And wireless charging. If you're anything like us, the thought of wirelessly charging a giant tablet will beg two questions: how, and why?
Gurman gives little in the way of details about the upcoming device, simply claiming that next year we'll see, "A new iPad Pro design with wireless charging, plus updates to the iPad Air and entry-level iPad." As for how the wireless charging will work, we've no idea – but let's just say, none of the best wireless chargers we've seen are likely to accommodate the rectangular slab that is the iPad Pro.
If a new, larger pad is needed, good look finding a space for it on your desk. And if it comes from Apple itself, prepare to part with plenty of cold, hard cash. Hey, maybe that rumoured AirPower comeback will be five times the size of the original, cancelled design?
And then there's the question of speed. Wireless charging is notoriously slow compared with standard charging over USB-C – and although that's not such an issue for the smaller battery inside an iPhone for example, it'll be a different story with the iPad Pro. We'd be surprised if an iPad could fully wirelessly charge overnight, which could defeat the point entirely. And if that 16-inch iPad Pro rumour is true, the battery will be even bigger.
Needless to say, Apple fans are as baffled by the news as we are. "Now I’m just imagining a desk mat charger designed for iPads, LOL," one Redditor comments," while another adds, "That’s going to be pretty wobbly on a charger." Over on Twitter, one user exclaims, "Why the hell do we need wireless charging on an iPad? It makes sense for a phone to be able to just drop it on a mat or whatever but an iPad?!"
As with all Apple leaks, it's entirely possible that this one will turn out to be way off the mark. But unlike all those awesome iPhone 14 rumours, this is one feature we wouldn't be too sorry to lose. If you're content with a tablet that doesn't require a 50 meter squared mat for charging, check out today's best iPad deals below.