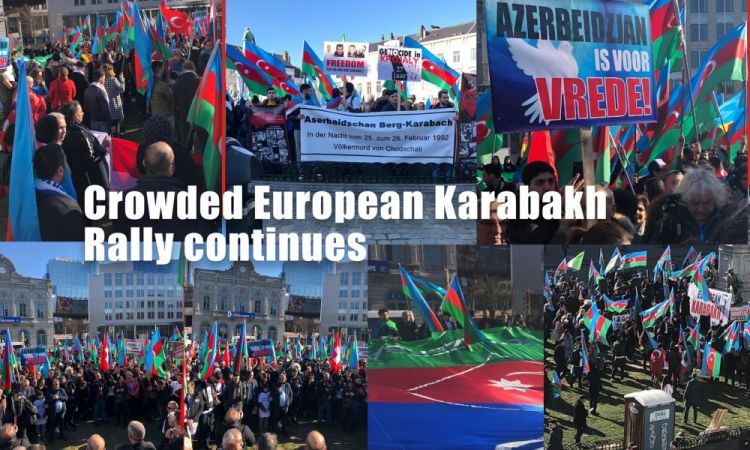 A crowded rally to commemorate the 27th anniversary of Khojaly genocide has been staged in Luxembourg square in Brussels. The rally was initiated by Azerbaijani diaspora organizations based in more than 20 countries.

Azerbaijanis from Germany, France, Italy, Poland as well as representatives of other countries` diasporas joined the rally.

The rally participants chanted slogans such as “Justice for Khojaly!”, “Azerbaijan wants peace”, “Don’t kill innocent children”, “Freedom for Dilgam and Shahbaz”. They demanded ensuring legal and political recognition of Khojaly genocide committed by Armenia 27 years ago, exerting pressure on Armenia to return Azerbaijan`s occupied lands, restoring the rights of the Azerbaijanis who were expelled from their native lands, and forcing official Yerevan to obey the conflict-related documents.