Chairman of the Press Council of Azerbaijan addressed to The Russian Union of Journalists in the case of Fuad Abbasov | Eurasia Diary - ednews.net

Russian T-14 Armata tank could be transformed into nuclear weapon - US
Read: 1010

What does withdrawal of US troops from Iraq mean? - American military expert explains
Read: 618

US, Russia finalize planning for space security exchange at end of July
Read: 555

China responds to US sanctions over Xinjiang
Read: 403 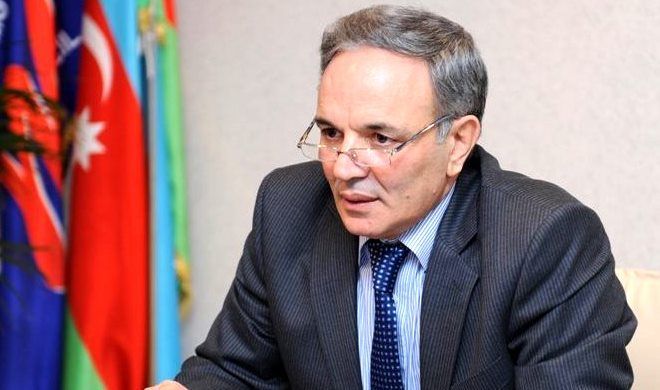 Chairman of the Press Council of Azerbaijan, MP Aflatun Amashov sent an official appeal on the case of journalist Fuad Abbasov to the chairman of The Russian Union of Journalists Vladimir Solovyov. The appeal refers to the need to pay special attention to the situation and there is a call for assistance in conducting an objective investigation.

Eurasia Diary presents the full text of the appeal.

Hope your works are going well

On behalf of the Press Council of Azerbaijan, I want to pay my respects to you and draw your attention to a very important issue regarding the detention of Azerbaijani journalist Fuad Abbasov who lives and works in Moscow. We should have addressed you about this a long time ago, however, we hoped that this issue would be resolved as soon as possible.

On May 16, Fuad Abbasov was detained and a decision was made to deport him to his homeland on May 28. The journalist was brought to administrative responsibility under the article “Violation by a foreign citizen or a stateless person of the rules of entry to the Russian Federation or the residence permit in the Russian Federation”, however, there are many disagreements with this decision.

From the moment of his detention, we have no connection with him. However, I want to assure you that what is happening now is a clear provocation and an attempt by certain interested groups to influence the successful development of bilateral relations between Azerbaijan and Russia.

Fuad Abbasov was repeatedly unreasonably accused of inciting ethnic hatred and enmity. However, in Russia, there are many TV presenters, journalists and experts who have repeatedly acted, including on state television, in support of Armenia against Azerbaijan. This is a clear example of provocation and incitement of conflict. But, at the same time, none of these people was punished or even publicly warned of the impossibility of this kind of activity. Today, these people continue their activities freely.

In turn, we want to say that Fuad Abbasov has always worked as a journalist, within the law. Many representatives from Armenia, especially those who live on the territory of the Russian Federation, clearly did not like Abbasov’s loud statements about the occupation activities of Armenia against Azerbaijan, as well as calls to withdraw the armed forces from Nagorno-Karabakh and 7 adjacent regions of Azerbaijan. Being a native of Karabakh, the journalist boldly spoke on public television in Russia and Azerbaijan and loudly stated the need for a speedy resolution of the Armenian-Azerbaijani Nagorno-Karabakh conflict, to which he had the full right as a civilian personally affected by the Armenian occupation. As a result, those who were dissatisfied with the direct and open statements of Abbasov decided to use their connections to accuse the journalist of inciting ethnic hatred and his deportation from the Russian Federation.

We urge you to pay your attention to the situation and assist in the conduct of an objective investigation. "