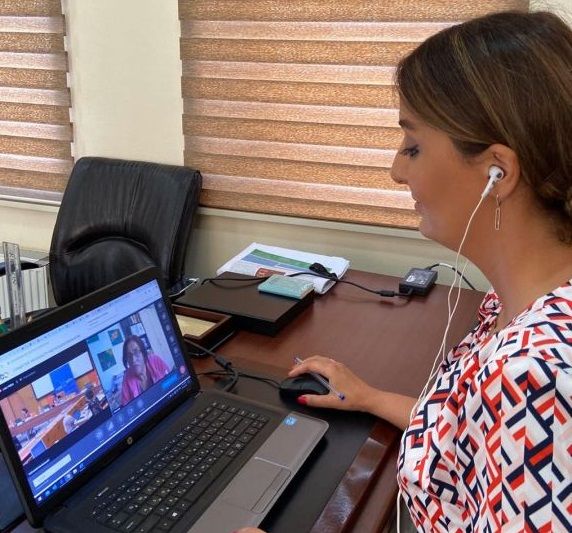 A video conference of the PACE Committee on Equality and Non-Discrimination was held today. Reports on a number of topical issues such as “The gender dimension of foreign policy”, “Women’s rights must withstand the COVID-19 crisis”, “Strengthening the fight against so-called “honour” crimes” were listened to at the online meeting, and the participants held an exchange of views regarding these reports.

EDNews.net reports that Ms. Konul Nurullayeva, a member of Parliament, and PACE Committee on Equality and Non-Discrimination represented our country at this online meeting and delivered a speech in regard to "honour crimes" committed against women. She assessed it as an obvious violation of human rights.

"Such perpetrators claim that they take these steps in order to protect the moral values of their families, thus trying to justify their actions. However, these crimes are undoubtedly one of the worst consequences of discrimination against women”, K.Nurullayeva said. Although "honour crimes" are committed against both men and women, women are at a greater risk. Stressing that such crimes occur mainly in families, the MP said that although the Istanbul Convention and Resolution 1681 condemn "honour crimes" against women, we still witness the facts of such violence committed in Europe, and of gross violation of international conventions. She said that it is difficult to detect the honour killings, because many of these crimes are concealed and reported by the families as suicides or accidents, and even the countries also do not keep the official statistics.

K. Nurullayeva suggested that in order to end these crimes, first of all we need to adopt strict and effective laws against this. At the same time, she stated that we need to legislate effective laws that are in proportion to the religions of countries and find a balance between culture and legal freedoms. “There should be state programs to extend the effectiveness of law-enforcement system and some programs to train the officers how to prevent these crimes. Besides, relevant social work, resolutions, and orders should be developed in order to make the lives of people better”, K.Nurullayeva said.

She considers that the perception of the word "honour" in conservative societies with special sensitivity, in fact, expands the scope of this threat. Therefore, the criminal act should never be associated with the terms of "honor" or "dignity".