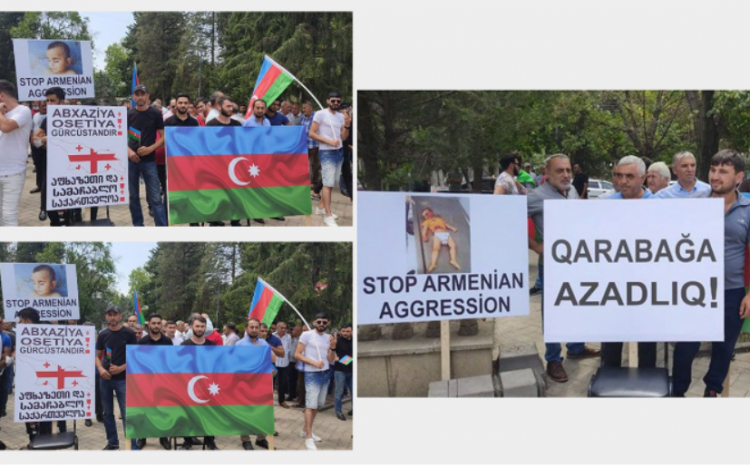 The rally was opened from a minute of silence to honor the memory of the Azerbaijani servicemen who died martyrs in the battles as a result of the recent provocation committed by the Armenian armed forces in the Tovuz district direction of the Azerbaijani state border.

Then, Georgian political, public, religious figures of Azerbaijani origin spoke before the rally participants and stressed the importance of liberating the occupied territories of Azerbaijan and Georgia, calling on the world community and international organizations to take decisive steps in this direction.

The participants held posters and banners with "Karabakh is Azerbaijan!", "Justice for Khojaly!", "We honor the memory of martyrs" and other slogans.

As a result of the appropriate measures, the Armenian armed forces were silenced. The tensions continued on the border, July 12 night. During the night battles, by using artillery, mortars and tanks, the Azerbaijani armed forces destroyed a stronghold, army vehicles.

As a result of the shelling, many houses in the Tovuz district's border villages were damaged.