Azerbaijani Presidnet says half of population are covered by a broad social package | Eurasia Diary - ednews.net 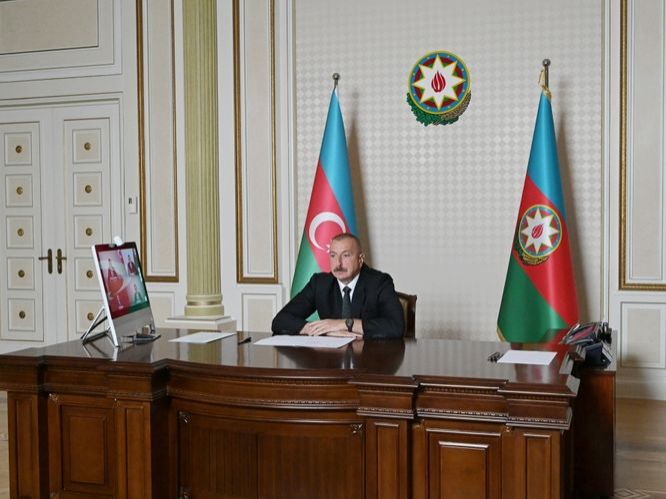 “We have covered about 5 million people with an extensive social package. The vast majority of the 900,000 people working in the public sector actually do not work but receive their salaries from the state. A total of 760,000 people were provided with the necessary financial support and their jobs were preserved. Otherwise, 760,000 people could have lost their jobs,” President Ilham Aliyev said at a video conference on measures being taken to combat the coronavirus pandemic and the socioeconomic situation in the country, EDNews.net reports citing APA.

The head of state noted that the sectors in which these people were working were worst affected by the pandemic: “Entrepreneurs and employers are no longer making money and hundreds of thousands of people could have lost their jobs. However, as a result of prompt measures taken, the state immediately intervened in this matter. Of course, major financial resources have been spent on all this.”

Emphasizing that 600,000 unemployed people, including those working unofficially, those who temporarily lost their jobs and other vulnerable categories of the population were provided with state care, President Ilham Aliyev said: “They have been receiving 190 manats in benefits for several months now. I believe that this social support should be continued. A strict quarantine regime is in place in 13 cities and districts of Azerbaijan now. People of this category living in these districts should continue to be provided with this support. I am instructing you to pay them 190 manats in August as well.”