Apophis meteor will gently pass by Earth tonight - experts warn it could collide with our planet in future
Read: 4806

Not a single Armenian will live in Karabakh - Time is in our favour
Read: 288

After passage by parliament, long-awaited bill to be sent to Guardian Council gatekeepers for final approval 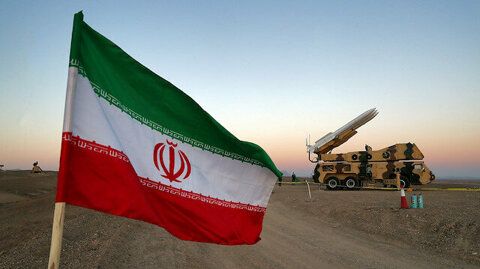 A long-awaited bill to protect women in Iran from domestic violence – a measure women’s groups have been seeking for over a decade – is drawing mixed reactions from a cross-section of experts.
While some have hailed it, calling it a positive step, others point to gaps, saying it falls short of meeting international standards to criminalize some forms of gender-based violence, including marital rape and child marriage, Eurasia Diary reports citing yeni Shafak.
"It is pleasing that the legislation is finally coming out of the cold storage with the Cabinet's approval, but there are still many stages before it takes the shape of law,” Ghazaal Ameni, a women's rights activist, teacher, and artist in Iran’s south-central Shiraz province, told Anadolu Agency.
She said when the measure is implemented, there will be a need for political will to see changes on the ground.
“It has been the demand of women in Iran for more than a decade, and we are very hopeful that this time it will clear all the hurdles. Women need to feel safe both inside and outside the home,” she added.
Somaeih Shapoori, an expert on gender issues, poet, and writer in the capital Tehran, said the issue of gender violence in Iran has many complex facets. She called for a multi-pronged approach to ensure women’s safety.
“While this legislation has many positive provisions that we welcome, it still does not meet international standards on gender-based violence,” she said.
Pointing to gaps in the bill, she said that the proposed legislation vaguely defines marital rape and domestic violence, and also leaves “chastity” up to judicial interpretations.
Expressing hope that the gaps might soon be addressed, Shapoori said they have been fighting for the bill for almost 16 years.
-Do more, say civil rights groups
On Dec. 4, Human Rights Watch called on Iran to address gaps in the draft law, while acknowledging that it ensures “limited” protections for survivors of domestic violence.
Admitting that the bill has a number of positive provisions, it called on government agencies to take further measures such as criminalizing marital rape and child marriage.
On Jan. 3, Iran’s Cabinet okayed the “Protection, Dignity, and Security of Women against Violence” bill, which had been under its review since September 2019.
“This progressive bill addresses both social and domestic violence, defines judicial and cross-sectoral educational measures, defines criminal offenses, and creates a support fund,” Masoumeh Ebtekar, Iran’s vice president for women and family affairs, wrote on Twitter.
After the Cabinet approval, the proposed legislation was submitted to parliament on Jan. 14. Under the rules, after passage by parliament, it will be sent to the country’s Guardian Council, made up of jurists and religious experts who have the power to veto any legislation passed by parliament.
-Provisions of bill
The bill criminalizes any act or behavior that causes “physical or mental harm” to women “as a vulnerable gender” or compromises the terms of a conjugal relationship.
It also deems denial of the legal rights and freedoms guaranteed to women a criminal act, with legal provisions to bring violators to justice.
The proposed law protects women from blackmail, and foresees legal sanctions on men who abandon their wives without any rationale.
It also recommends a fund for safeguarding women’s rights with provisions for covering the medical expenses of victims of violence and giving them skills development training.
Law enforcement agencies are required to establish special police units for women with trained female police personnel to identify cases of violence.
The bill was drafted under then-President Mahmoud Ahmadinejad (2005-2013), but was never introduced to parliament.
In 2013, when President Hassan Rouhani took over, the draft law got a fresh lease on life. Shahindokht Molaverdi, his then-vice president for women’s affairs, took the mantle of working on it.
In September 2019, the country’s judiciary completed its review and submitted the bill for Cabinet approval.
The issue of violence against women in Iran, although shrouded in secrecy due to under-reporting, has at times drawn anger and outrage in the country.
An incident last May in which teenager Romina Ashrafi was beheaded, allegedly by her father, drew national outrage, prompting authorities to act swiftly. It led to growing calls from activists and lawmakers to step up work on the bill.
Iran is among the countries that has not ratified the UN Convention on Elimination of All Forms of Discrimination Against Women. In recent years, however, the government has taken measures for women and family welfare, and has drafted plans to empower them economically.